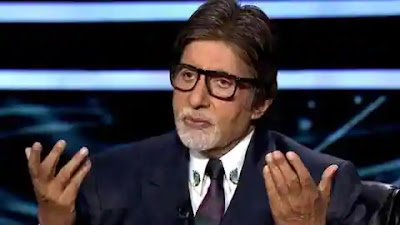 The upcoming season of Kaun Banega Crorepati will begin on Monday. At the same time, with KBC 13, this quiz show will complete 21 years on TV. In such a situation, in many media reports, an anecdote about Harshvardhan Navathe, the first millionaire of KBC 1 and Kaun Banega Crorepati, is going viral. In which he told how he came to know even before the announcement of Amitabh Bachchan that he had cracked the correct answer to the question of 1 crore. He also told that what did Amitabh Bachchan do before giving the verdict?

When the answer to the question of 1 crore was given

Amitabh Bachchan has been hosting ‘Kaun Banega Crorepati’ for many years. According to a report in Spotboye, the winner of the first season of this superhit show, Harshvardhan Nawathe, told about the story when he already came to know that he had become a millionaire. He had said- ‘When I answered the question of 1 crore, Amitabh Bachchan took a break. He said- We take a short break and we went off air. After this, during the break, Amitabh Bachchan called his make-up man Deepak Sawant and asked him to touch-up.

got to know about this

It was told in the report that Harshvardhan further said- ‘When Deepak was doing make-up of Amitabh Bachchan, I understood that I have cracked the question of 1 crore. I was convinced when Deepak Sawant did my makeup. He is Big B’s personal make-up man for 30-40 years. It was a very special gesture from his side.

Great opportunity for government job, will get salary up to 60,000, know selection process