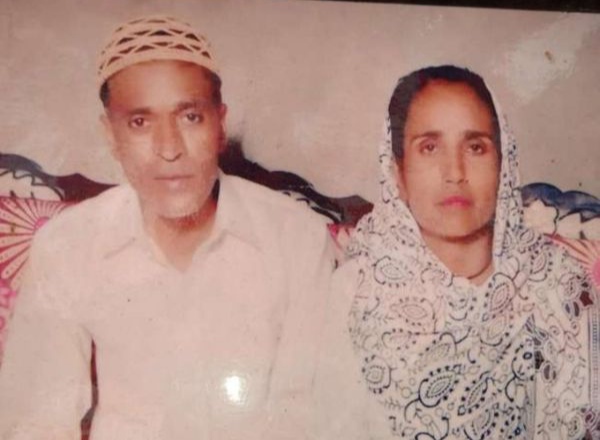 1. The collision was so strong that the three bike riders jumped and fell on the road

2. After the accident, the driver escaped from the spot and was seized by the tanker police

Three people have died in a road accident on the Rohtak border in Sonepat district of Haryana. The accident took place on Thursday afternoon near the village Humayumpur. And a bike clashed with a tanker coming from the front. Three people, including a bike-riding couple, were killed in the accident. Passers-by reported the accident to the police. As soon as the news was received, the police team reached the spot and captured the bodies.

The deceased have been identified as 54-year-old Munna Khekra, wife 47-year-old Rukasana and 43-year-old Salaudin, the father-in-law’s daughter-in-law. Munna and Rukasana hail from Baghpat, Uttar Pradesh. Salaudin is resident of Meerut, Uttar Pradesh. And three people are living in Kharkhoda and used to work on brick-kiln located in Morkhadi – Rohtak.

On Thursday morning, he left for work as usual. When they reached Humayumpur on the Kharkhauda-Rohtak road, their bike collided with the tanker coming from the front. The collision was so strong that the three bike riders jumped and fell on the road and they died on the spot. The tanker driver escaped from the scene after the accident. Police has registered a case against unknown.

72nd Day of Farmer Movement: Farmers will do a check-up tomorrow; CRPF told the jawans – put an iron trap on their buses