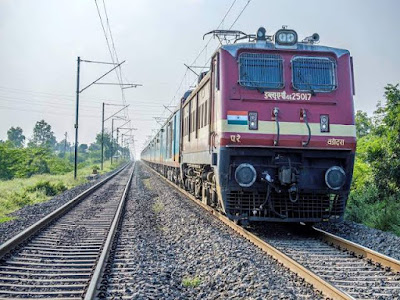 The Ministry of Railways said on Saturday that tender has been floated for retrofitting on Diesel Electric Multiple Unit (DEMU) in 89 km Sonepat-Jind section of Northern Railway for Hydrogen Fuel Cell based technology. Through this, an attempt will be made to find out whether existing diesel-run trains can be retrofitted to use hydrogen.

The statement said, “Retrofitting of diesel-powered DEMU and converting it to hydrogen fueled train sets will not only save Rs 2.3 crore annually, but also have a carbon footprint of 11.12 tonnes per annum (NO2) and 0.72 million tonnes per annum. Kilo ton particulate matter will also be saved.

It has also been said that after successful implementation of this pilot project, all rolling stock running on diesel fuel can be planned to run on hydrogen fuel. Initially, two DEMU rakes will be converted, and later two hybrid narrow gauge locomotives based on hydrogen fuel cell power movement.

After this change, the train will run on hydrogen fuel, which is the greenest mode of transport, the statement said. Hydrogen can be generated by electrolyzing water with solar energy. Currently, very few countries are using this method. One rake is being tested in Germany and the other in Poland.