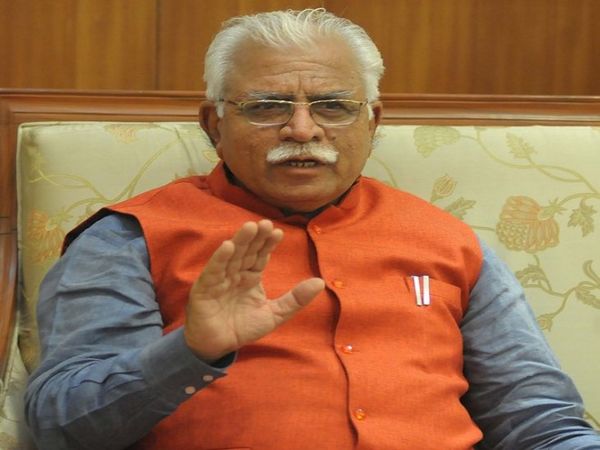 Mask wear, sanitization and physical distance are being hardened

The rate of infection has increased to 4.66 and the recovery rate has come down to 95.66 percent.

The third wave of Corona epidemic is going on in Haryana, on which Chief Minister Manohar Lal Khattar made a big statement while speaking to reporters on Wednesday. He said that a third wave of corona infection has started in the state, which is out of control, but strict steps are being taken to control it and strict and major steps can be taken in future. The wearing of masks, sanitization and physical distance are being fiercely dealt with.

The Chief Minister said that the third wave of Corona had started in the month of March. The pace of infection is increasing rapidly and recovery rates are decreasing. It can be estimated from this that 1975 new cases have come out in just two days. 6 patients have died and the number of serious patients has reached 150. The number of active cases has increased to 9437. This number is the highest after 13 December.

The rate of infection has increased to 4.66 and the recovery rate has come down to 95.66 percent. On Tuesday, 980 cases of corona have been reported in the state. Two patients died in Ambala, one in Hisar and one in Faridabad. On Monday, 995 cases were found and one corona patient died in Kaithal and Yamunanagar. Out of the total critical patients, 122 patients are on oxygen support and 28 more severe patients have been given ventilator support.

On Tuesday, maximum 161 patients were found in Gurugram, 143 in Panipat, 102 in Panchkula and 109 in Ambala, 104 in Kurukshetra, 97 in Yamunanagar and 80 in Karnal. Palwal and Jind are the districts where new cases of infection have not come up, while the remaining districts have got between 1 and 40 positive cases. It is a matter of relief that 1652 patients have recovered and reached home in two days.