Tensions have increased after the uproar in Chief Minister Manohar Lal’s proposed Kisan Mahapanchayat in Kaimla village in Haryana’s Karnal district. Agitated farmers and local villagers have gone face to face, in view of which the police force has been increased in the village. 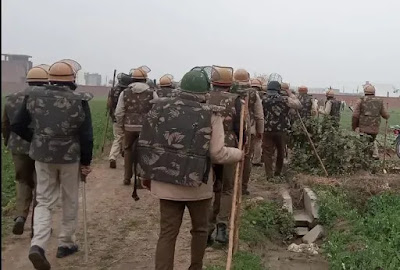 On the other hand, to ensure that the situation does not turn violent, the people of Kaimla village have announced from the temple and advised all the youth of the village to gather in the temple. People have been appealed not to take any action which may spoil the atmosphere.

Some farmers gone back from Kaimla village after the Chief Minister ransacked the venue. At the same time, many farmers are still standing on the spot and shouting slogans against the government. On the other hand, local residents of Kaimla village are also urging these farmers to return. 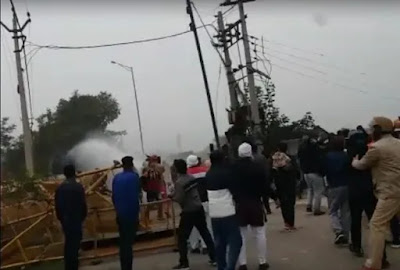 What are the seven forms of disciplinary action that may be taken against police officers ?

The police administration has also increased the number of police personnel in the village, who will remain present in the village for the next 24 hours. While there will be blockade at various places. Local villagers say that the village had a pre-emptive program. Religious events were also to be held in the program. Every year the Chief Minister comes to participate in this program, but some people have created a cause which is condemnable for spoiling the program. 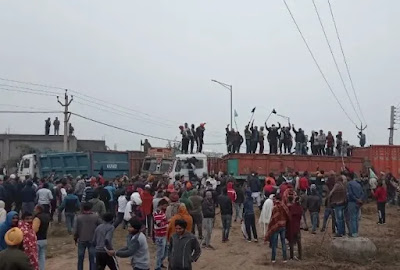