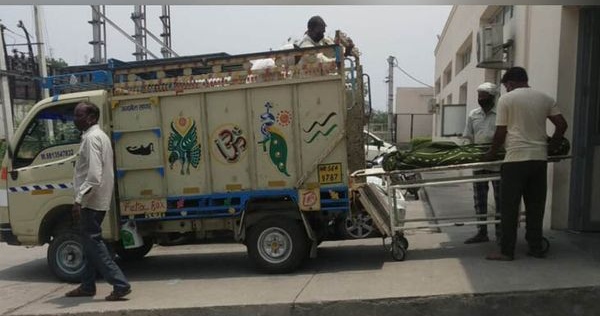 Two youths used to molest, forcibly committed 6 days ago; He died by hanging himself in the house

After the suicide in Karnal, the family of the minor girl reached Morchery to take the body.

A 16-year-old teenager has committed suicide by hanging himself in his house in Nigdu town, Karnal. 2 young men from the town were constantly flirting with him. Disturbed by this, the teenager has taken this suicide step. Police has arrested the two accused.

Family members said that on May 9, both the youths tried to force her. A complaint was made to the police. A case was registered against both the boys at Nigdu police station on their statement. Police is investigating further. Investigating officer Rajan Kumar said that two boys have been arrested and sent to jail in this case. On the other hand, the dead body has been handed over to the family. Family members are in a bad condition after the incident. The FSL team also reached the spot from where evidence was collected.