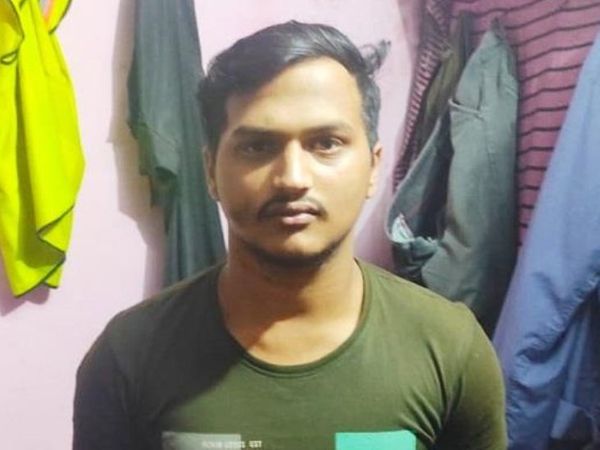 The accused young man, who attempted to molest the child.

In Haryana’s Rewari district, an incident which has brought shame to humanity has come to light. A young man raped a 5-year-old child and then tried to kill her. Innocent is now fighting a life and death battle at Rohtak PGI. The accused escaped from the spot, but the police nabbed him.

After treatment at Rohtak PGI, it was found that the child had an ill-treatment. Also, an attempt has been made to kill her by pressing her face. On the complaint of the parents, the Rewari police have arrested him for attempting to kill him and registering a case as per the section of misdeeds.

According to the police, the family of Pashim Bengal resident of Harinagar in Rewari went to the market leaving their 5-year-old innocent near a neighbor. But when the parents returned from the market, they found them lying on the bed in a state of unconsciousness. Which the doctor referred to PGI due to serious condition.