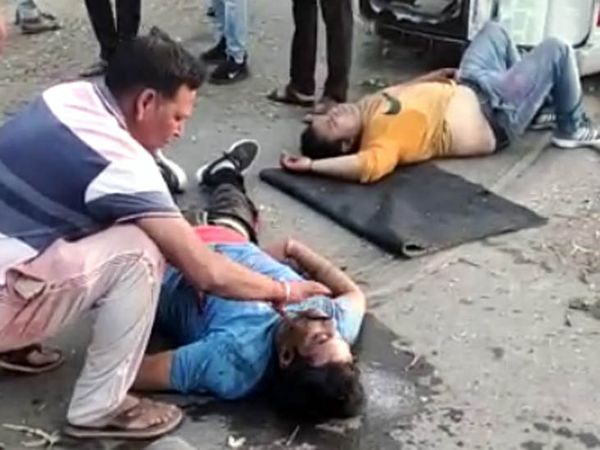 A villager who checks a young man killed in a road accident in Karnal. He rattled her for a long time, but did not add his breath.

Two people were killed and three of their companions were injured in a road accident in Karnal district. The accident occurred late Monday evening, when a young man was coming from Nigdu in a car riding with his relative and three others. Due to the high speed of the car, suddenly it became uncontrollable and it collided with another vehicle and overturned. In this, two died on the spot. The injured have been admitted to the hospital, while the police is in the process of getting the dead bodies postmortem. 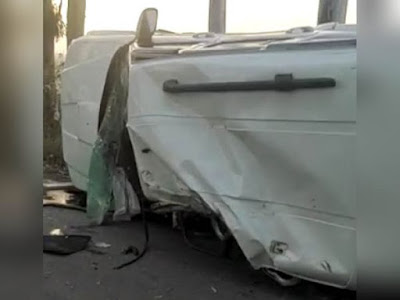 The accident took place near Karsa Dodd village. The deceased have been identified as 38-year-old Sanjay and 36-year-old Deepak from Assandh. According to the information, Sanjay was coming from Nigdu with his brother-in-law Manoj and others serving as a driver in Haryana Roadways.

His car collided suddenly with another vehicle near village Karsa Dodd. Due to the accident, the speed of the car is being told, due to which it was not even known what the other vehicle was. After hitting the side, the car overturned on the road and injured five occupants. 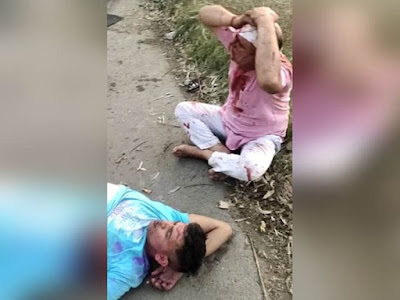 Sanjay and Deepak were both dead by the time the nearby villagers reached the spot after hearing the sound of collision of vehicles. After this, the rest of the three injured were rushed to the hospital. Two people have not yet been identified among the injured. After the information, the police has started the investigation of the case.