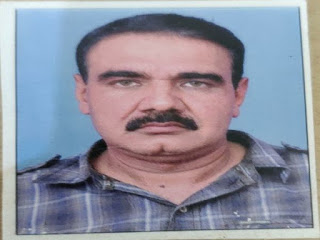 The car of a Sonipat resident policeman was found in the Delhi Parallel Canal in Panipat on Wednesday. He is posted on the post of Office Assistant in IG Office Karnal. The policeman has been missing since duty on April 23. His family suspects that someone has hidden him. The policeman’s wife has lodged a missing person at the city police station in Sonipat. 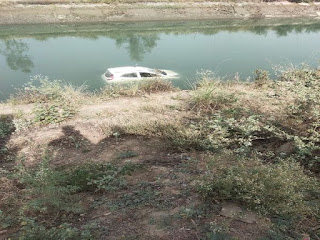 Sanjay Dahiya, 50, a resident of Prem Nagar, located in Kakroi Road, Sonepat, is posted as the office assistant in IG office Karnal. His wife Prem Lata told that the husband went on his duty by car at 10:30 am on 23 April.

He called at 9:30 pm when he did not come till night. Then the husband asked to come in some time. At 10:30 he called again and got the phone switch off. After this, he called the office and several places to get information about the husband, but his address was not found. After this, the wife lodged a missing person at Sonipat police station.

A car was found to reduce water

After the disappearance of the office assistant, IG Karnal has specially engaged Puliya to search for him. The last location of the office assistant’s phone was found near the Delhi Parallel Canal in Panipat. Whose police reduced the canal water. On Wednesday, the policeman’s car was found near Budsham village. While the policeman was not detected. The car is ejected with the help of a crane.