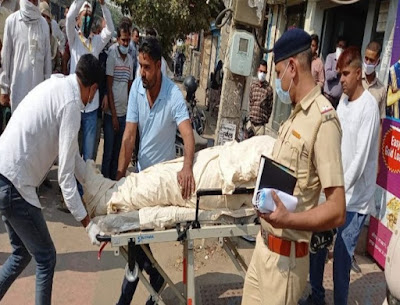 The preliminary investigation identified the deceased as 55-year-old Balindra Singh, an ex-service man from Kotra village, Kaithal. He was stationed at the bank for several months. He lived in Nehru Garden Colony. The police informed the family of the deceased.

Balindra’s son, who was an MBBS student, reached the spot as soon as the news was received. He told that there was no quarrel in the house. There was no enmity with anyone outside. Nor did he have any kind of mental stress. In such a situation, the police say that the prima facie case is an accident.

Police action: In the case of the death of Alok Gupta, who was killed by a minor’s car, IO and SHO suspendedsuspended 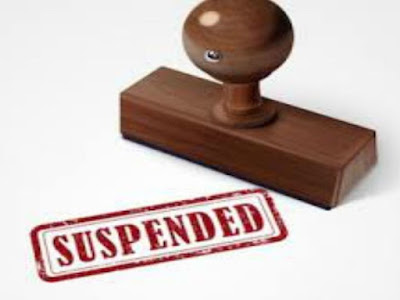 In the case of the death of Chief Finance Officer (CFO) Alok Gupta in a road accident, the Commissioner of Police has suspended DLF Phase 2 police station in-charge Aman Beniwal and investigating officer Sub Inspector Hari Om. Commissioner of Police KK Rao has taken this action by the investigating officer and the station in-charge for not adding Section 308 of the IPC in the case.

Hundreds of people demonstrated from Shankar Chowk to Cyber ​​City along with Mihika and brother Anurag Gupta, wife of deceased Alok Gupta, to join the stream. Actually, on the morning of 23 August, a car in Cyber ​​City broke on the other side of the road, breaking the divider. The car collided with the bike of private company CFO Alok Gupta, who was on a Harley Davidson bike from the other side.

In this incident, Alok died on the spot. In this case, the police had registered a case under section 279, 304A of the IPC for accidental driving and accidental death. An investigation into the case had revealed that the car was driving a minor who had drunk alcohol.

The deceased’s wife, Mihika, alleged that the police had added simple clauses of the accident to report the matter. Section 308 of the IPC was not imposed in the case even after meeting the police station in-charge and investigating officer. On this, he also met the Commissioner of Police.

In the case late Monday evening, the Commissioner of Police has suspended police officer in-charge Aman Beniwal, including the investigating officer, Sub Inspector Hari Om. In this case, the Commissioner has also directed to add Section 308.

From the eyes of IPL 2020 Haryana review: Chahal took wickets at an average of just 28.5 million against the most expensive Cummins who took 1 wicket for 1.29 crores. 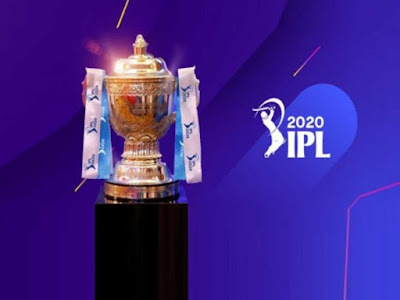 The 13th season of the IPL is over. The winner may have been the Mumbai Indians team, but Haryana too did not raise the flag. Only 9 of our players were in different teams, but due to their excellent performance, they remained in the discussion. Compared to the three players who were bid highest in the auction, the low-priced players from Haryana performed better.

Yuzvendra Chahal of Jind took wickets at an average rate of just 28.5 million against Cummins who was the most expensive wicket at Rs 1.29 crore. While Rahul Tewatia of Faridabad surprised everyone with his performance, Navdeep Saini of Karnal was the fastest Indian bowler. If Mohit Sharma, who was included in the Delhi team, did not get on the field, then Amit Mishra was injured after 3 matches.

2. Glenn Maxwell Australia all-rounder. They were bought by Kings XI Punjab for 10.75 crores. Scored 108 runs in 13 matches. His one run cost about one quarter of one million rupees.

3. Chris Morris was bought by Royal Challengers Bangalore for 10 crores. He took 11 wickets in 9 matches. In such a situation, his wicket was more than 90 lakhs.

Yajuvendra: Ranked in the top 4 bowlers

Navdeep Saini of Karnal. Bought at RCB for 3 crores. He bowled the fastest Indian bowler with a speed of 149.3 kmph. Took 6 wickets in 13 matches. Scored 27 runs in 3 innings. 1 wicket was 50 lakhs.

Rahul Tewatia of Faridabad. Won Rajasthan against Punjab by hitting 5 sixes in one over. Took 10 wickets in 14 matches. Scored 255 runs in 11 innings. One run cost 1.17 lakh and 1 wicket 30 lakh.

Deepak Hooda of Rohtak played the last 7 matches from Punjab. The price was 50 lakh rupees. Scored 101 runs in 5 innings. His one run was only Rs 49504. Was lying Not out in 4 innings. Batting average was 101 best.

1 player not landed, one injured

Harshal Patel: Born in Gujarat, but Ranji plays from Haryana. Delhi had bought for 20 lakhs. Took 3 wickets in 5 matches. One wicket is Rs 6.66 lakh Was lying

Amit Mishra: Mishra, who was the captain of Haryana’s Ranji team, was given 4 crores by Delhi. Bought in. Took 3 wickets in 3 matches. Fewer than 80% can be deducted from fees.

Mohit Sharma: Mohit Sharma from Haryana was in the Delhi team. Play the same match. His price was 50 lakh rupees and in this one match only 1 wicket could take.