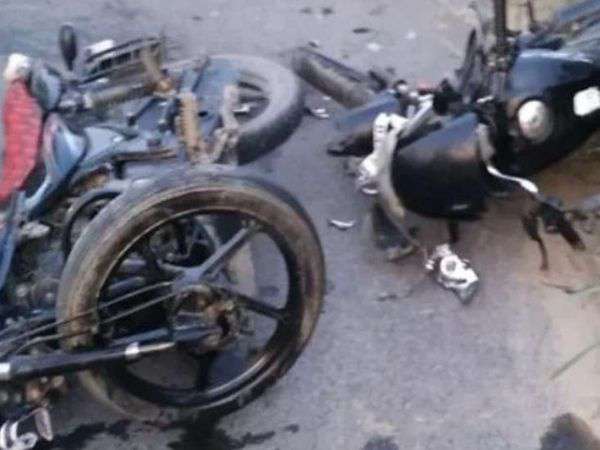 Both the bikes were damaged in the accident.

A youth and an innocent girl have died in a road accident near village Balla on Kohand-Asandh road in Karnal district of Haryana. While a child and a youth riding another bike were injured. The police have taken the bodies of the dead and handed them over to the relatives after conducting post-mortem.

Bike riders Lucky and Riya died in the accident, while Ayush was injured. Sushil, a resident of Kheda Khemawati, riding on another motorcycle, was also injured. Passersby called the police and admitted the injured to the state hospital. The truck driver fled after the accident.

Police have seized the truck and registered a case against the accused driver. Lucky and Ayush had gone to the outer village to offer milk to Pir Baba. While returning, Ardana went to the in-laws of the younger brother Sushil in the village, from where the brother’s brother-in-law’s daughter was also brought with him, but an accident happened.