Maharashtra – This case is from Vangaon in Palghar district of Maharashtra where a shocking case has come to light. Here, a 34-year-old youth murdered his girlfriend in October last year and had his body put on the flat roof. The police conducted a long investigation after the complaint of the girl’s family, in which the needle of suspicion stayed on the young man. After which the police arrested him. The youth confessed to the crime after being caught. 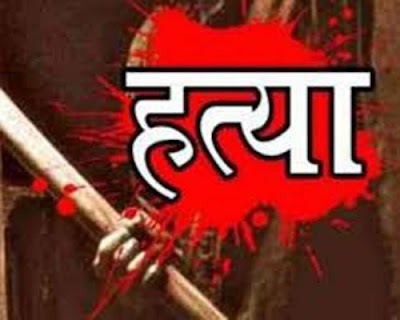 The police arrested the youth on Thursday. The remains of his girlfriend (32) have also been removed from his house. The police had to uproot the roof wall cement for this. According to officials, the two met six years ago. Both were residents of Vangaon. The girl’s family members accepted their relationship.

the girl came out of her house saying that she was going out for shopping with the young man. However, when she did not return, the housemates were worried. There was no response to any call on his phone. Later, her family received a WhatsApp message from her number, stating that she and her boyfriend had decided to go to Vapi in Gujarat and both got married.

Later, when the family tried to contact the young man, he did not pick up the phone. The family then called the police on suspicion. Only last week, the girl’s brother saw the accused young man in Boisar and arrested him. After this, he reached the police station with the accused. Here the young man said that he is married to the woman and she is working in Vapi.

However, when the police reached Vapi with him, he started trying to hide the case. The police later interrogated her severely, and she confessed to the murder of the woman. The police also received the girl’s phone from him. The accused stated that he was already married and that the woman did not know about his first marriage. She had been under pressure for a long time to get married.