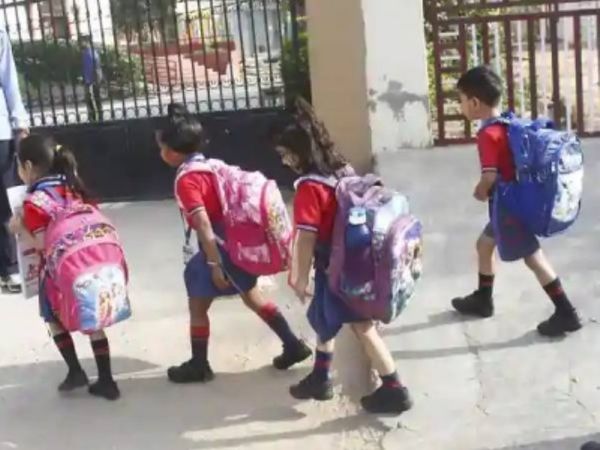 Corona cases are decreasing, but the situation is not yet normal.

Schools will not be opened in Haryana from June 1. The state government has extended the holiday period in schools till June 15. The holiday was earlier announced till 31 May. Education Minister Kanwar Pal Gurjar informed that at present, more than 2 thousand cases of corona are coming in the state every day. The infection has subsided, but the condition has not returned to normal. Therefore, it has been decided. Instructions have been given to the School Education Department in this regard.

Corona infection is now rapidly decreasing in the state. In 24 hours, there has been a decrease of 18.78% of new cases. Only 2287 people have received positive reports. It is also a matter of relief that after 56 days the recovery rate has also crossed 95% in the state. The number of deaths has also come down, but still more than 100 patients are dying every day. The virus has stopped breathing of 111 patients in one day.

So far, 7 lakh 49 thousand 441 people have become infected in the state. Of these, 8633 have lost their lives. On the other hand, after the recovery of 5679 patients, now there have been 7 lakh 13 thousand 934 who have been cured of corona infection in the state. The state currently has a positivity rate of 8.43%. Active patients also remain 26 thousand 874.

The stock of Corona vaccine for the youth in the state has reached near end. There are about 50 thousand vaccines left for this class, which can last only one day. Vacancy of 18+ has been stopped due to run out of stock in three districts Panipat, Kaithal and Palwal. At the same time, less than three thousand doses are left in 9 districts. It is unclear when the next shipment for 18+ will arrive.

The pace of vaccination started in the state on January 16 has slowed down. Only 19% of the 2.86 crore population has been vaccinated. Both doses are engaged by only 4% of the population. According to experts, both doses of 70% of the population are required to overcome the infection. If this pace is maintained then it will take 19 months to give the first dose to the entire population of the state. It will take 7 years and 4 months for all to apply both doses.

Asked about the shortage, NHM MD Prabhjot Singh said that the vaccine has been sought from the Center for 18+. Orders have been placed to companies. The Kota center only allocates. Hope to get the vaccine soon.