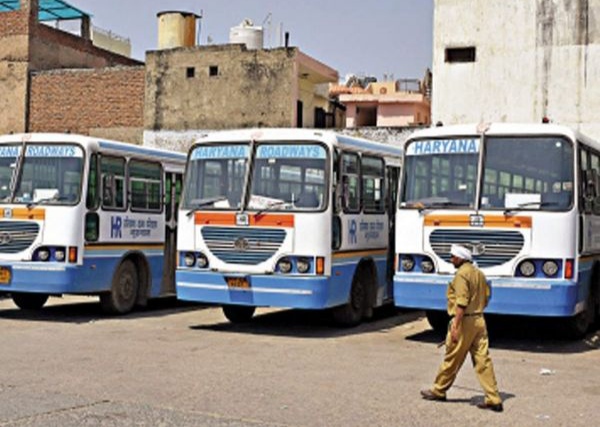 If the ridership is high and the bus stand will be called in charge, then only one or two buses will run.

The Haryana government took another major decision on Monday morning in view of the increasing cases of corona infection. A full 7-day shutdown was announced on Sunday, extending the lockdown period in the state. On Monday, the Manohar government has also stopped roadways and private buses.

Buses will not run on the roads until further orders from the government. If the ridership is high and the bus stand will be called in charge, then only one or two buses will run. Otherwise the buses will remain closed, so the government has appealed to the people, then travel only if there is an emergency. Otherwise stay home and cooperate in the lockdown.

All religious places will remain closed. The government has directed all district magistrates to strictly implement these restrictions. Those who do not raise their challans will be cut. Incident commanders will issue passes for necessary movement. One can take online pass from Saral Haryana portal.