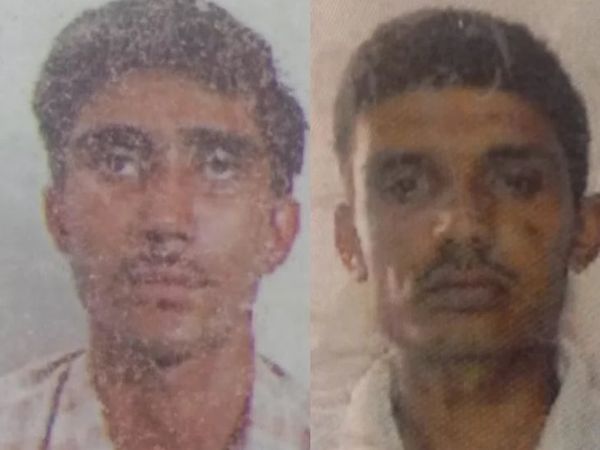 Two friends riding two different bikes were killed at the same time at Jhinjhar-Samwad turn in Charkhi Dadri, Haryana. Both had gone home to find that the balance of one had deteriorated and he went down the drain along with the bike. Seeing this, the balance of the friend coming back also deteriorated and his bike slipped. He rode with the bike for about 30 yards. Both have died.

The accident was discovered when a young man preparing for the race went through the road in the morning. Seeing the bike and body, he informed the police. The Bundakalam police station reached the spot and captured the damaged bike and body. During a search of the surroundings, a bike was found in the drain, which was removed and an autopsy was also found from the drain. Both the dead were identified on the basis of documents found from the bike.

When the news of the accident was reported to the family, they also reached the spot. Based on the information received from him, one deceased was Umarvas and the other was from Rawaladhi village. Pradeep (25), resident of Umarawas and Pradeep (35), resident of Rawaladhi, were both friends. They were returning to Dadri on a bike from Jhinjhar village. But when they reached Jhinjhar-Samvad, this accident happened.

Pradeep had a RO fixing shop in the Champapuri area of ​​the city, while Pradeep, a Rawaladhi resident, did farming. Pradeep, a Rawaladhi resident, was married and has two children. At the same time, Pradeep, a resident of Umarwas, was unmarried. The two deceased were the eldest of two brothers. The Bundakalam police station in-charge says that further action will be taken on the basis of the statement of the kin of the deceased.