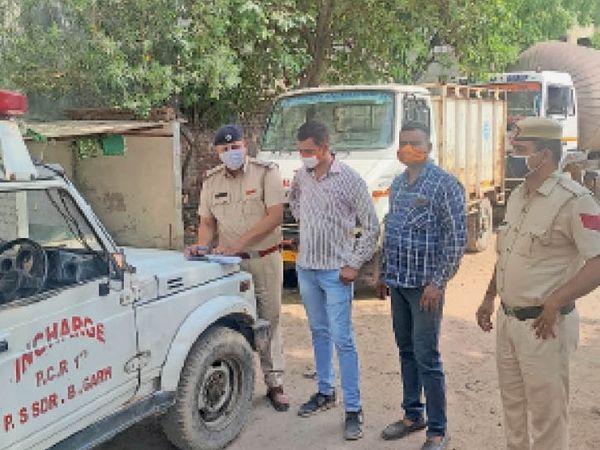 Bahadurgarh | Police has been deployed at the oxygen plant in Bahadurgarh. The place of this plant is less than 1 km from Delhi. Earlier there was also supply from here to outer Delhi, which has now been closed.

A record 9249 new patients of corona have been found in 24 hours in the state. There have been 54 deaths. These figures of new patients and deaths are the highest in the coronary period. Oxygen consumption has increased by one and a half times as the number of serious patients increases. It has reached about 60 metric tons (MT) daily.

Medical experts are expecting the consumption of oxygen to reach 150 metric tons in the next 10-12 days. Seeing this, the government sent a demand of 180 MT per day to the Center, but the Center has allocated 162 MT of oxygen. Earlier this quota was 156 MT. Now the state government will write a letter to the Center to increase the quota.

Tension has also increased in many states due to lack of oxygen. After Bhiwadi and Jhunjhunu of Rajasthan, Haryana’s oxygen supply has also been stopped from Baddi in Himachal Pradesh. Supplies of Panchkula, Ambala from Gurgaon, Rewari, Faridabad, Mahendragarh and Himachal have been affected by Rajasthan. Faridabad also pulled out of giving oxygen to Gurgaon.

Oxygen was procured from Panipat. Supplies are also being sourced from Manesar-Panipat in Rewari. There are only two days of stock left in Narnaul. Meanwhile, Health Minister Anil Vij said, “An oxygen gas tanker from Panipat for Faridabad was looted in Delhi. All gas was removed. Now the oxygen tanker will be sent under police protection. ‘

Police watch over oxygen plant in Bahadurgarh, preparations for oxygen and beds

2 big hospitals to be built DRDO will build 500-500 bed hospitals in Panipat and Hisar. Among them will be the doctors of Western Command.

There are oxygen plants at Sonipat, Karnal, Ambala, Hisar, Panchkula, Faridabad. Now it will also be installed in Gurgaon-Kurukshetra.

There are 88 tankers to deliver oxygen. There are 12 oxygen refilling units.

A letter will be written to the Center to increase oxygen quota from Panipat Refinery.

How much oxygen will be supplied to Haryana 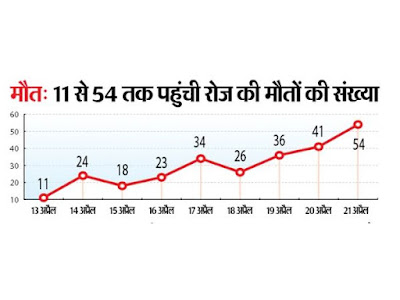 Such situations made up of these negligents

14 crore from the Health Department in October itself. Despite being approved, PWD did not produce gas monofold outlets in hospitals. With this, oxygen can be supplied to all patients by placing a cylinder in one place.

13 in Jind, 9 in Panipat are closed in ventilator coaches. No staff for ventilators at Yamunanagar-Ambala.