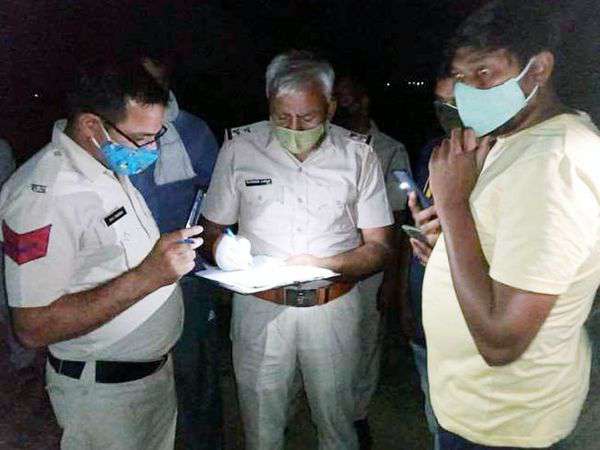 Police reached the spot in questioning after the death of the laborer in Yamunanagar under suspicious circumstances.

A young man died in Yamunanagar under suspicious circumstances. It is said that he went on a wage on Sunday morning and did not return till late in the evening, his body was recovered from a farmer’s farm late in the night. The family members of the deceased have raised suspicion of his murder. On his statement, the police has registered a case of murder at the moment. The deceased has been identified as 35-year-old Sanjeev of Yasin Majri, a village in the district. Jagir and Baljit Singh Kaler of the village are accused that they were drunk by drinking them and then murdered. In a statement to the police, a young man named Jitendra told that his elder brother Sanjeev went to Baljit Singh’s farm in the village on Sunday morning for wages. If he did not return till late evening, his search was started. During this time, Jagir of the village told that a man is lying dead on the tubewell in his field. On this information, he along with two other people from the village reached the farm. On the way, Sanjeev was lying face down with a quartet. Blood was coming out of his left eye. Police also reached the spot at night. The forensic team was called on the spot. He also gathered evidence. On Monday, the police conducted a postmortem of the body. About this, the station in-charge of Sadhaura, Didar Singh says that the family of the deceased raised suspicion on the two people of the village itself. A case of murder has been registered on his statement. According to him, Jagir Singh and Baljit Singh had drunk with Sanjeev. Something must have been said between them while drunk. At this both of them murdered him. At the same time, it is also being told that Jagir Singh and Baljit Singh had left Sanjeev in the field due to excessive intoxication of alcohol at night.