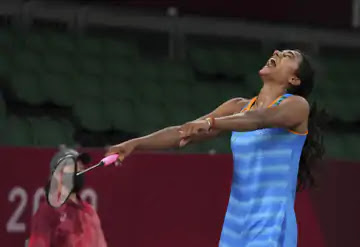 India has so far 3 medals in Tokyo Olympics

This is India’s third medal in the Tokyo Olympics. First of all, Mirabai Chanu won the silver medal in the 49 kg weight category of weightlifting. At the same time, boxer Lovlina Borgohain has ensured a medal for India by reaching the semi-finals of the 69 kg welterweight category. 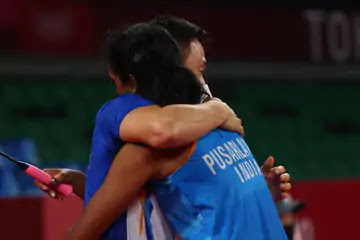 In the first game, Sindhu made a good start and took a 4-0 lead. After this, Xiao returned to level 5-5. Then the first half of the game ended 11-8 with great shots by Sindhu. After this Sindhu did not let her lead go down. In just 23 minutes, the Indian star shuttler won the first game.

In the second game too, Sindhu made a great start to lead the game 11-8. However, the Chinese player scored 3 points in a row and leveled the score at 11-11. After this Sindhu made good use of smashes and long shots to score 4 points and made the score 15-11. After this Xiao could score only 4 points and Sindhu scored 6 points to win the second game and bronze medal. Sindhu won the game in just 29 minutes.

Sindhu won the first game in just 23 minutes and the second game in 29 minutes.

Sindhu made excellent use of smashes and long shots during the match. He showed an attacking game instead of a long rally.

So far 16 matches have been played between Sindhu-Jiao

There have been a total of 16 matches between Sindhu and Xiao so far. Out of this, Xiao has won 9 matches and Sindhu has won 7 matches. Sindhu has defeated Xiao in the last two matches. Prior to this match, Sindhu had defeated the Chinese player 21-19, 21-19.

Sindhu lost in the semi-final match

Sindhu had lost 21-18, 21-13 to world No. 1 Taizu Ying of Chinese Taipei in the semi-finals. After losing this match, she was out of the race for gold and silver. 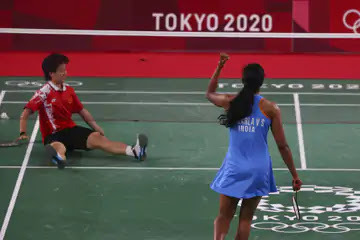 Defeated Ksenia Polikarpova of Israel 21-7, 21-10 in the first match