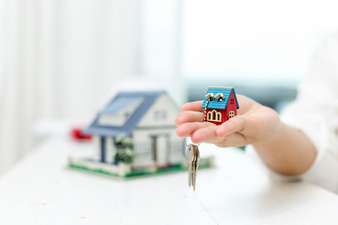 The scheme will be applicable from June 1 on the property coming in the civic body.
The same people will come in the realm, who are already in possession since December 31, 2001.

For more than 20 years now, people who have been holding municipal property will get ownership. They will be given this property at a discount of 20 to 50 percent at the collector rate. For this, a plan has been prepared by the government. The scheme will start from June 1.

The same people will come under its ambit, which have been in possession since December 31, 2001. Apart from this, the shops or houses which have any empty land piece or place of bodies will be sold. The rate for this will be decided by third party. Apart from this, the government will now ensure raw rajwas under micro irrigation scheme with an amount of Rs. 3,700 crores.

At the same time, 20 years old men will be repaired. With this, five Karam raw routes connecting villages of the budget session of 2019-20 will be confirmed. These announcements have been made by the Chief Minister in an online press conference on Sunday.

The more time you have held, the more you will get discount

If the officials find the possession right, the concerned city will issue a notice for depositing 25 percent amount in 15 days. The remaining 75 percent will have to be deposited in the next three months. If a multi-storey building is occupied by different people then their rates will be different.

Rights – Will be able to sell unused land

Rough ravahs will be confirmed with regard to micro irrigation. There are 3512 raw and 11,494 pucca in 15,006 Rajavahs. It is targeted to be completed by 31 March 2025. An amount of Rs.3,700 crore will be spent on this work. Mapping is also being done for those Rajwahs who are more than 20 years old. These will be confirmed again.

Development – The paths of 5 Karam will be paved

As per the announcement made during the budget session 2019-20, now all the raw routes of five Karams connecting from one village to the other will be confirmed. The marketing board has identified 475 rough paths of 1225 km length. 490 crore rupees will be spent on ensuring them. The target is to ensure these paths by the year 2023-24.