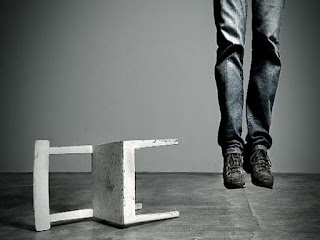 The body has been removed from the trap and taken to the mortuary of the district hospital.

The Haryana News : The man who worked at a service station located on the old iceberg road in Jhajjar district of Haryana has committed suicide. On Sunday morning, his body was found hanging on the noose, the service station staff informed the police when they saw the dead body. City Police Police also reached the spot as soon as the information was received about the case. The FSL team was also called to the scene to gather evidence.

Also Read : Stay out of the poor like this: In Rewari, a young man raped a 5-year-old child and escaped unconscious, fighting innocent

According to the information received, the deceased has been identified as Vikas Putra Karmabir, a resident of Bhalaut village of Rohtak. The deceased worked at the service station for the last one-and-a-half years. Lived there only in the room made at the service station. On Saturday night, Vikas attached a rope to the iron guard in the room. Vikas’s body was found hanging on Sunday morning.

It is being told that the deceased was under stress for the last several days. Family members had also told about this. Due to mental problems, he has taken the step of suicide. The body has been removed from the trap and taken to the mortuary of the district hospital. The police have registered the case and initiated further action.