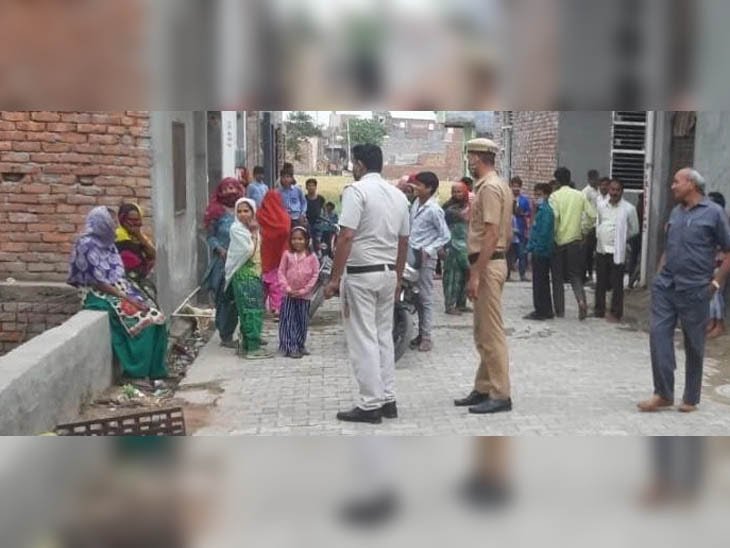 Three skeletons were recovered from a house in Panipat, Haryana on Tuesday. The discovery of three skeletons in one place caused a sensation in the colony. The incident is from Shiva Nagar. The excavation was being carried out on Tuesday to raise the floor of the house purchased two years ago. At the same time, after hitting the hammer at one place, a pit was found under the floor. The skeletons of a woman and two children have been found from there. As soon as the information was received the police reached the spot and started the investigation.

According to the information received, Adesh Kumar bought this house about two-and-a-half years ago. His house had fallen far down the road. Navnirman was started to elevate the house. Well, debris is poured to raise the house high. But insects kept coming out from one corner of the house. No one had paid much attention back then. When the house was started to be constructed, it was excavated to find out why insects come here. The order says that this is done so that in future they will not be disturbed by insects. What they knew was that there would be skeletons here. If you knew, we would not have taken the house.

The workers and the masons working at the police arrived at the police control number 100. At first, the police reached the concerned post. Seeing the matter serious, DSP headquarters Satish Vats arrived with his team. The order was first questioned. He told that he had bought the house two and a half years ago. Even before this, the house has been sold two to three times. Now all the owners will be questioned.

Skeletons have been found even before

The skeleton of a male was found a few months ago in Vikas Nagar, Panipat. When questioned and investigated by the police it was revealed that the man’s wife had killed the husband along with the lover. His body was buried in the bathroom. When the house was renovated the skeleton was found. The woman and her lover were arrested.