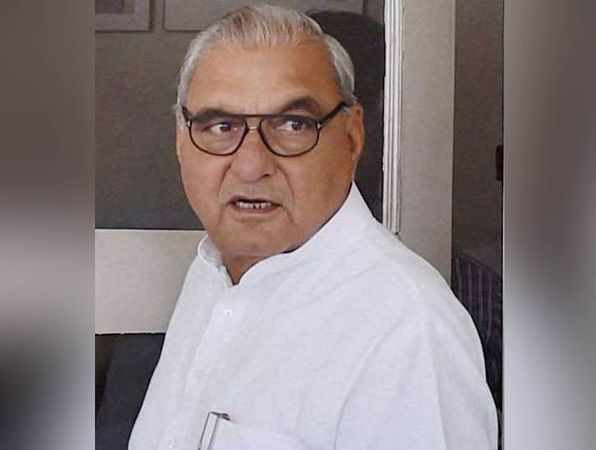 In Panchkula industrial plot allocation case, 20 accused including former Haryana Chief Minister Bhupinder Singh Hooda have got interim bail. Notices have also been issued to the accused, including Hooda, by the Enforcement Directorate (ED) court in the case on Friday.

Senior Congress leader and former Haryana Chief Minister Bhupinder Singh Hooda appeared in the ED court today in the Panchkula industrial plot allocation case. The ED court granted interim bail to 20 accused, including Hooda, in the case. Interim bail was granted on bail bond of Rs 5 lakh. Now the next hearing of the case will be on 15 March.

The eD court has also issued notice to 22 accused, including Hooda, in the plot allocation case. He has been asked to give his answer in the case. Let me tell you, ED had filed a charge sheet against 22 accused under the Prevention of Money Laundering Act in this case. It is alleged that in 2013, 14 industrial plots were fraudulently allotted to acquaintances of the then Chief Minister Bhupendra Singh Hooda for Rs 30.34 crore.

The ED started investigation on 19 December 2015 on FIR number 9 of the State Vigilance Bureau, Haryana. The same FIR was transferred to CBI and a case was registered. According to ED, HSVP had sought applications for plot allotment from 7 December 2011 to 6 January 2012.