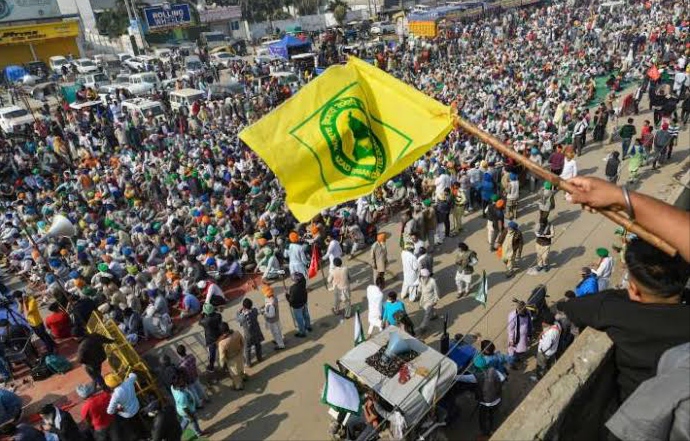 On Tuesday, Republic Day, thousands of farmers rushed on tractors with sticks, poles, national flags and peasants’ unions and entered the national capital from various border points for siege of Red Fort, breaking barrers and confronting the police.

New Delhi: Thousands of farmers, on the day of Republic Day, entered the national capital from various border points for siege of Red Fort while breaking barrers and confronting the police on the Republic Day on Tuesday. Farmers in the Red Fort also climbed the flag-pillar. At the same time, forced by its habits, Pakistan has also commented on the ongoing peasant movement against agricultural laws.

Pakistan Foreign Minister Shah Mehmood Qureshi said in a statement on Tuesday that the Indian government has failed to suppress the voice of agitating farmers and now the whole of India stands with the farmers. Pakistan’s Science and Technology Minister Fawad Chaudhary said in a tweet on Tuesday that the world should raise its voice against India’s oppressive government.

Farmer leaders who have led protests on the border of the national capital for the past two months have disassociated themselves from these protesters to demand repeal of agricultural laws. And a young man was seen in the Lal Kilan hoisting yellow colored flag of a triangle shape on the flag pillar. Why the flag is hoisted during Independence day celebrations of country. However the protesters were later removed from the Red Fort complex.

The farmers were allowed to cross the tractor on the road fixed after the Republic Day parade, but these conditions were violated. In many places there were clashes between protesters and policemen & lathicharge was done. And these groups of protesters were many Youths who were vocal and aggressive. Police used tear gas shells to disperse the turbulent crowd at some places.

On the ITO, hundreds of farmers were seen running with the sticks of policemen and hitting the standing buses with their tractors. A demonstrator was killed when a tractor overturned. And the (ITO) looked like a battlefield where angry protesters were seen to damage a car. Bricks and stones were strewn on the streets. And it was a witness to this that the peasant movement which had been going peaceful for 2 months was no longer peaceful.