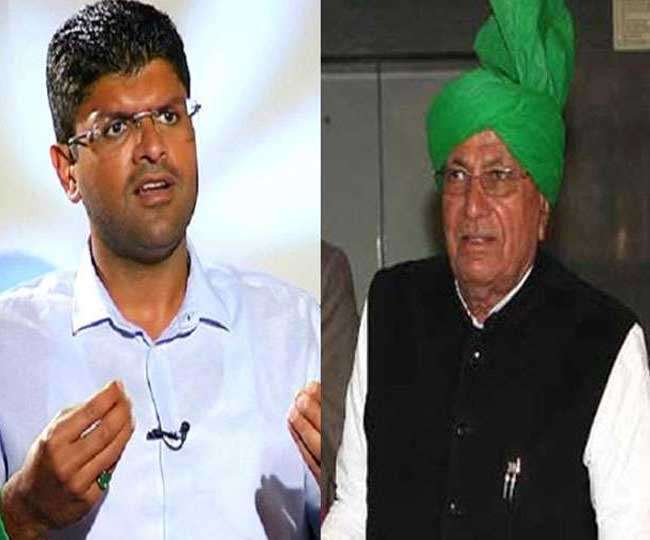 Former Haryana Chief Minister and INLD chief Omprakash Chautala has spoken big for his elder son Ajay Chautala and grandson Dushyant Chautala’s party JJP. Referring to the farmers’ movement, Chautala said that time will tell who is where.

New Delhi, State Bureau. Indian Lok Dal supremo and former Haryana Chief Minister Om Prakash Chautala has said a big thing about the Jannayak Janata Party of son Dr. Ajay Singh Chautala and grandson of Deputy Chief Minister Dushyant Chautala. Referring to JJP, he said that time will tell where Kain is. Regarding contesting elections, he said that I hope there will be no restriction on my contesting elections. The Election Commission will decide in this regard.

Om Prakash Chautala had come to Delhi to pay floral tributes at the Samadhi of former Deputy Prime Minister of the country and his father Devi Lal. After this he spoke to the media personnel present. Omprakash Chautala made a big deal about JJP in gestures. Om Prakash Chautala on the stand of Jannayak Janata Party in the context of the farmers’ movement said that time will tell who is standing where. But, at present, all sections are upset and against the misrule of this government.

Let us inform that Dr. Ajay Chautala and Dushyant Chautala had formed Jannayak Janata Party after separating from INLD after controversies. The JJP performed well in its very first assembly election and is today a partner in the Manoharlal government in the state. Dushyant Chautala is the Deputy Chief Minister in the coalition government.

Chautala said, I did not become passive in politics. I was constantly active in politics. He said that he has been continuously active in the politics of Haryana and will now come openly. He is always ready to carry forward the policies of former Deputy Prime Minister Late Devi Lal. We are always in touch with people and always stay connected with them. Chautala said that the legacy of former Deputy Prime Minister Chaudhary Devi Lal is not limited to the family and it is across India.

Regarding the impact on Haryana’s politics after release from jail, Om Prakash Chautala said that what do you think that it will be limited to Haryana only? The people of the entire country are saddened by the present misgovernance. Today the condition is that today through the farmers’ struggle, people of 36 fraternities are against the government.

Said- It is wrong that I cannot contest elections, I hope there will be no ban on contesting elections.

Haryana government will give free tablet to students