Makar Sankranti 2021 – The festival of Makar Sankranti in Hinduism holds special significance. On that day as much as the devotees worship Lord Sun with devotion, they also fly kites with joy. Kite flying is done in most parts of India on the day of Makar Sankranti. On that special day not only religious reasons but also scientific aspects are hidden behind flying kites. Do you want to know about some special reasons for flying kites on this day and the benefits that come from it. 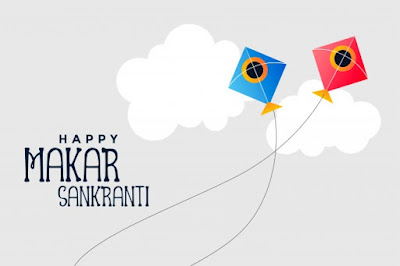 On Makar Sankranti the sun belongs to Uttarayan, so at this time the rays of the sun act as medicine for a person. During the winter season, the amount of phlegm in the body increases. On that same time the skin also starts to get cold. In such a situation flying kite by standing on the roof gives relief from these problems.

Apart from this, while flying a kite, a person’s body comes in direct contact with the rays of the sun, so that he can get rid of many physical problems related to cold and get sufficient amount of vitamin D. Let me tell you the Vitamin D is very important for the body, which acts like a life giving power to the body.

The scientific fact said that the heat of the sun in Uttarayan has the potential to eliminate cold outbreaks and diseases caused by cold. In such a situation, when people fly kites on the roofs of the house, the rays of the sun act like a medicine.

The mind always remains active by flying kites. This brings flexibility in the muscles of the hands and neck. Also people’s mind is happy because it increases the flow of good hormones. The eyes also exercise when flying a kite.

This s mentioned in Puranas that for the first time on Makar Sankranti, the tradition of flying kites was first started by Lord Shri Ram. Tamil Tandananramayana this kite that Lord Rama flew had reached Indra in heaven. This tradition started by Lord Rama is still practiced today.