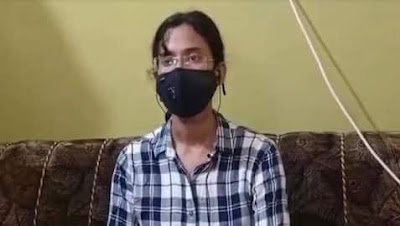 Priyadarshini, who first came into the limelight due to the public beating of the cab driver, then the black gate controversy, has put the police in the dock with a new allegation. Priyadarshini said that the police did not do their job. If the police had done their job, they would not have to take the law into their own hands like this.

Talking to the media, Priyadarshini claimed that if the matter is not resolved, she will show all the CCTV footage of the metro and other places during the last six months in the court. Along with this, it will tell how many times they have been attacked. Priyadarshini alleged that some people are following her. He said that it can also be someone’s one sided love.

On the viral video of the black gate controversy, Priyadarshini said that it is a matter of international security. No one darkens his gate or house. Priyadarshini said that there used to be black activity there. For this reason it was refused. If the police had done their job there too, I would not have needed to take this step.