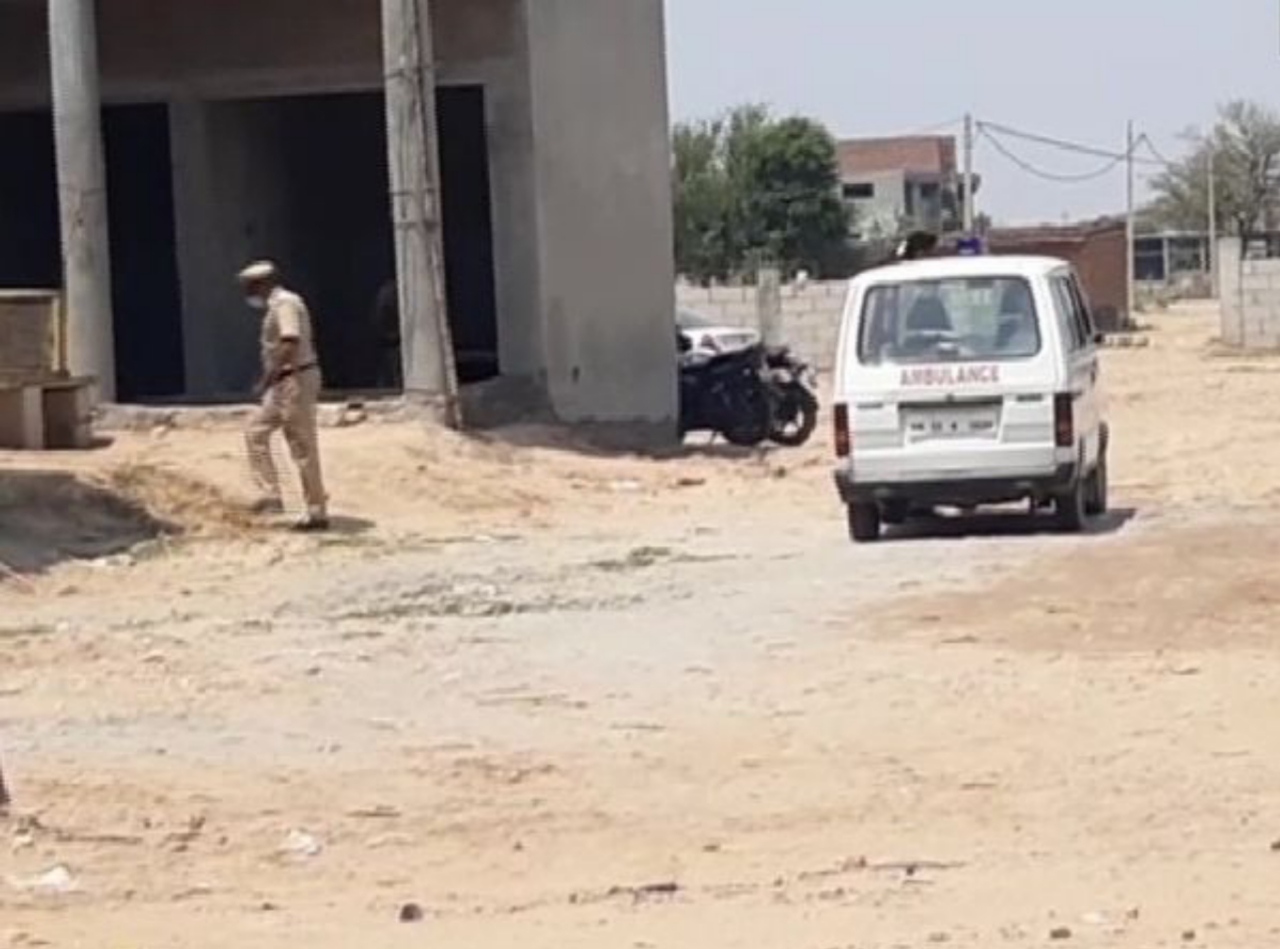 13 Corona-infected prisoners escaped from Kovid jail late Saturday night in Rewari, Haryana. The jail break was detected during the inmate count on Sunday morning. All the prisoners were brought from other prisons of the state after being corona positive. After the incident, the police is now running a campaign to arrest these prisoners. The incident has been confirmed by Superintendent of Police Abhishek Jorwal.

According to the information, Rewari’s Fidei jail was converted into Kovid jail a week ago in view of the increasing cases of corona. About 450 Kovid-infected prisoners have been kept in this jail by shifting from jails across the state. On Saturday night, 13 captives locked in the same barrack went out after cutting the grill. Then made a rope of a sheet and escaped after closing the prison wall.

Superintendent of Police Abhishek Jorwal said that the matter is being investigated. There is a Kovid jail for infected prisoners here. Kovid criminals were kept here. Construction work was going on in the jail and the outer wall was not fully built. Some of the escaped criminals are criminals of murder, robbery and Section 307 ‘. He said that the police teams are searching for the absconding detainees across the district. For this, a search campaign has been started in the surrounding villages.

All were punished for serious crimes

A case of murder has been registered against Rajesh alias Kalia in the Narnaul police station Sadar among the prisoners who are sentenced for serious offenses. Naveen Sharma aka Golu Rewari’s Model Town police station has a case of hostage and murder. Kala alias Dharampal, named in 379-A in Rewari police station, Rinku alias Kalia, tried for murder in Rampura, Omprakash alias Tony, named in the murder case in Bawal, murder in Satnali in Mahendergarh district and power in other cases. , Ashish and Ajit alias leaders also escaped. Apart from these, murder and other serious cases are registered against Jitendra alias Sonu in Mandi Ateli, Abhishek and Anuj in police station Sadar Narnaul, Balwan in Thane City of Mahendragarh and Narnaul City against Deepak.