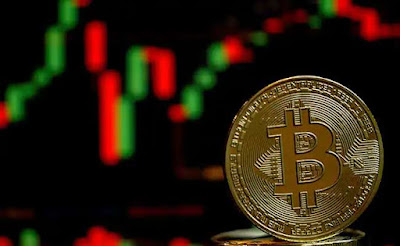 In March 2020, the Supreme Court lifted the ban imposed by the Reserve Bank on cryptocurrency trading. After this decision, the interest of investors towards digital currency increased significantly. During the Corona era, digital assets attracted a lot of investors. India ranks second in the world in terms of cryptocurrency adoption. The Global Crypto Adoption Index 2021 has been released by blockchain data platform Chainalysis, in which it has been revealed.

Vietnam has come first in this index. Countries like America, UK and China have lagged behind India in terms of adopting digital currency. A list of 154 countries has been released in this report. According to the report, there has been an 880 percent jump in the acceptance rate of cryptocurrencies between June 2020 and July 2021. Compared to the third quarter of 2019 (October-December 2019), it has registered a historic increase of 2300 percent.

bitcoin most popular in india

Sampling of 47 thousand users was done by the American research firm Finder. 30 percent of Indian users said that they have invested in cryptocurrencies. According to the Finder report, Bitcoin is the most popular cryptocurrency in India. After this comes the number of Ripple, Ethereum and Bitcoin Cash. It was also said in this report that remittances are being sent through this on a large scale in India. India is also number one in the world in terms of crypto remittances.

Rs 1.5 lakh crore trading in a year on Wazir X

WazirX is the largest cryptocurrency trading platform in India. Wazir X said that interest in cryptocurrencies has also increased significantly in Tier-2, Tier-3 cities. There has been a jump of 2648 percent in the number of users. This clearly shows that small towns have a big contribution in the craze for crypto in India. Wazir X claims that there are 7.3 million crypto users on its platform. In the last one year, more than $ 21.8 billion i.e. 1.5 lakh crore rupees have been traded on this platform.

In a report published in CNBC TV18, Siddharth Menon, COO and Co-Founder of Wazir X, said that in 2017-18, the interest towards digital currency in India was very low. Now the situation has completely changed. Small town women have also started investing in digital assets. Coinswitch Kuber has also spoken of a similar trend in its report.

Investing in cryptocurrency became even easier, now invest money and earn through ZebPay!

Cryptocurrency Prices: Today the number of people investing in bitcoin, this cryptocurrency jumped by more than 2 lakh percent

Cryptocurrency Prices: Today cryptocurrency has made investors rich, this crypto has increased by more than 5 thousand percent

Bitcoin: investing in cryptocurrencies will make you a millionaire or a roadpati, know the answers to all the questions