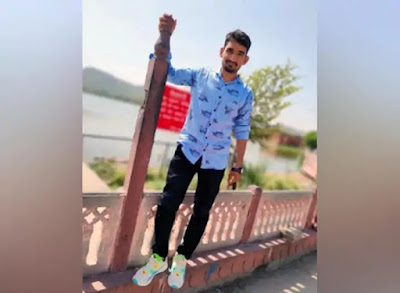 On Monday, a youth committed suicide in a rented room in Hisar. The great thing is that he took this dreadful step only after 13 days of marriage. Before dying, he has also written the story of the atrocities of the in-laws, on the basis of which the police has started investigating the matter. Along with this, the statements of his brother have also been recorded, in which the mother-in-law, two brother-in-law and uncle are accused of harassing the father-in-law.
According to the information received, 23-year-old Jaideep of Pelpa of Charkhi Dadri was living in a rented room in Rishi Nagar area of ​​Hisar. His body was found hanging from the sardine from this room. Jaideep has written a suicide note accusing his in-laws of torturing her. In this case, on the complaint of the elder brother of the deceased Dhanraj, the investigation started by registering a case of abetment to suicide against Dharambir (Jaideep’s father-in-law), mother-in-law Lali, brother-in-law Manjeet and Pradeep, besides uncle-in-law Virbhan, resident of Asalwas village of Bhiwani. Done.
In the complaint given to the police, Dhanraj told that his younger brother Jaideep was married on June 26 with Manisha alias Manju, a resident of Asalwas. For a week after the wedding, both of them stayed in the village. After that Jaideep came to Hisar on the duty of his private job. According to Dhanraj, Jaideep had told him that his in-laws were constantly harassing him. He soon wanted to solve the matter by doing Panchayat, before that on Sunday, he got a call that Jaideep had hanged himself. After this, he and Jaideep’s friend broke the door of the room and took out his dead body. A suicide note has also been recovered from Jaideep, which has been handed over to the police. City Police Station is investigating the matter.

This way of seeking justice is wrong …: The woman who set up a police station in Hisar set herself on fire, the policemen...

Tragic accident in Hisar: Death of a young man who came to clean the sewerage line; The dead body was removed after 9 hours,...