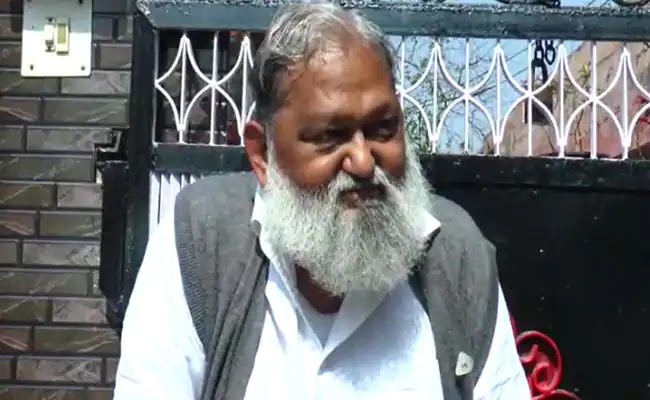 Haryana Home and Health Minister Anil Vij has said that the government is ready for a possible third wave of corona. Emphasis has been laid on 100% contact tracing. What is the government’s study and preparations regarding the possible third wave of corona, but Anil Vij said that our preparations are complete and a case of delta plus variant of corona virus has been found in Haryana in Faridabad. In that we have ordered 100% contact tracing. During this, Vij appealed to the people and said that the corona has weakened, it has not ended, so take precautions.

Vij said that the state’s DGP Manoj Yadava had written a letter to the Ministry of Home Affairs requesting to go back to IB and he has cited his family reasons that I should be relieved. On this we have accepted his (DGP) application. The Home Department has been asked to make a new panel and send it to the centre. Similarly, Manoj Yadava has also been told to continue the work till a new arrangement is made.

Mehbooba should not contest elections for life, 370 will not be restored

Mehbooba Mufti has said that she will not contest elections till Article 370 is not restored. Responding to this, Haryana Home Minister Anil Vij said that she should sit all her life. What difference does it make? Article 370 cannot be re-imposed in this country now.

Congress is breaking in almost all the states

The Congress, which is battling infighting in Punjab, has suffered a major setback. Senior Congress leader and former Tourism Minister Ashwani Sekhri of Batala, including workers, is coming to the fore about joining the Akali Dal. On this, Vij quipped and said that the Congress is breaking up in almost all the states across the country. The narrative and statements of the Congress party are heard by all. The public cannot accept this under any circumstances. There has been a lot of stampede in all the states and the same situation is happening in Punjab also.