Monsoon is becoming active intermittently in the country. It has caused havoc in many places, in many places people are still waiting for the rain. 22 people died in landslides in Chembur and Vikhroli following heavy rains in Mumbai. 5 houses also collapsed here. Rescue operation is on. 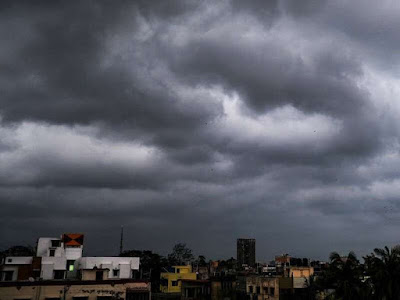 According to the Meteorological Department, there is a possibility of heavy rain in many states of the country on Sunday and Monday. Today Yellow Alert has been issued for Uttarakhand, Himachal Pradesh, Haryana, Chandigarh, Delhi, Uttar Pradesh, Bihar and Rajasthan. At the same time, tomorrow i.e. on Monday, there is a yellow alert for Jammu and Kashmir, Ladakh and Punjab. Let’s know how the weather will be in major states

The Shimla Meteorological Department on Saturday warned that there is a possibility of land subsidence due to heavy rains in the state in the next three-four days. While issuing an alert, the department said that due to the landslide, many state and national highways may be blocked, rivers and streams may be in spate.

Flood warning in Jammu and Kashmir

Here the Meteorological Department has warned of landslides, floods and water logging in low-lying areas due to heavy rains in the next three days. Traffic on Jammu-Srinagar, Srinagar-Leh, Doda-Kishtawar and Mughal roads may also be affected. Agriculture and horticulture will also be affected.

It has been raining intermittently since Thursday night in Mumbai. Flood like situation prevails in Chembur, Kandivali and Borivali East. The Meteorological Department has issued an orange alert regarding rain. It has been raining in many areas since Sunday morning. Moderate to heavy rain is possible here throughout the day.

Several areas of the state received good rains on Saturday, which is likely to continue for the next few days. According to the Meteorological Department, there will be heavy rain on Sunday and Monday. In view of the possibility of thunderstorms and lightning on Sunday, an orange alert has been issued, for Monday a yellow alert has been issued here.

It has been raining in 32 districts of the state for the last 24 hours. The Meteorological Department has issued an orange alert for 9 districts here. These include Lakhimpur Kheri, Bijnor, Muzaffarnagar, Pilibhit, Shahjahanpur, Varanasi, Sant Ravidas Nagar, Mirzapur and Prayagraj. Here lightning can occur with winds blowing at a speed of 87 km.

Alert issued in 17 districts of Uttarakhand

Heavy rain alert was given in 17 districts of the state. It includes Uttarkashi, Almora, Dehradun, Pauri, Bageshwar, Nainital and Pithoragarh. There have been warnings of floods and landslides in the coming two-three days.

There is a possibility of lightning in 8 districts of Chhattisgarh

50 days of monsoon: After 20 days in Haryana, the quota of monsoon rains came in plus