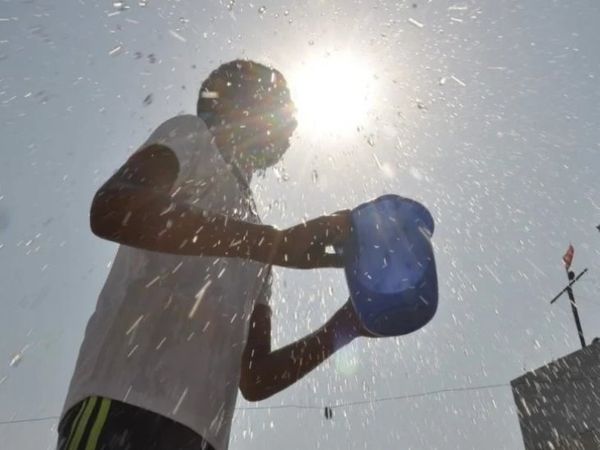 In Haryana, the weather will be dry for some days and the heat will increase. People felt the heat on Sunday morning due to the blossoming sunshine in the state. Whereas, cold winds were blowing on Saturday. This time the Meteorological Department has predicted more heat than normal.

The night temperature in Hisar has risen from 13 degree Celsius to 14.2 degree Celsius. Recently, a western disturbance occurred in Haryana from Rajasthan, which caused rain in many areas of Haryana. Now the weather is likely to remain dry.

Weather will be dry after March 15

Chaudhary Charan Singh, President of the Agricultural Meteorological Department of Haryana Agricultural University, Dr. Madan Khichad, believes that a partial impact of western disturbance is being seen in the state. The weather will be variable on 14 March. From March 15, the weather will generally be dry. On March 18, the Western Disturbance may show. Due to this effect, there may be rain in some areas of northern Haryana, while on 19 other areas of the state may also get rain. This will also increase the possibility of decreasing temperature.

It rains less than normal, the temperature drops

The state has received 65 percent less rain than normal in March. The normal rainfall in the state from March 1 to March 12 is 2.1 mm, while the average rainfall during this period is 6 mm, which is less by 65 per cent. In February, there was only 5 mm of rain, which was 70 percent less. The western disturbance, which has come in the last one and a half months, has received less than normal rainfall.

The night temperature has come down to 11.8 degrees in Narnaul, one degree below normal, which is the lowest in the plains of the country. Hisar recorded a minimum temperature of 13.2 degrees. It was two degrees below normal. In Karnal it came down to 12.4 degrees.