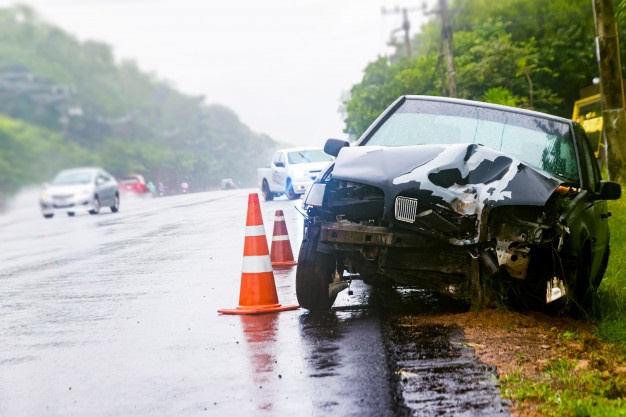 Uttar Pradesh – A massive collision occurred in a bus and truck on the Agra highway in Moradabad district, in which there were reports of painful death of 7 passengers on the bus. But after some time the death toll has increased to 10. At the same time, more than 20 people aboard the bus are said to be injured. The injured have been admitted to hospital. And top police and administration officials are reaching the spot relief work is going on. And this is the incident of Hussainpur culvert in Kundarki area of police station. About 18 km from Moradabad city.

On the other hand, on this accident, CM Yogi has directed the officials to go immediately. Instructions have been given to provide assistance and make health facilities available immediately. And the Chief Minister has instructed to give assistance of 2 – 2 lakh to the relatives of the deceased and 50 – 50 thousand to the injured. DM – SAP and CMO are reaching the spot.

This is how the accident happened

According to the information, a private bus from Chandausi was coming to Moradabad with passengers. As soon as this bus reached Hussainpur culvert in Kundarki police station area of   Moradabad, a canter coming from behind tried to overtake the bus. Meanwhile, a truck filled with manure from the front suddenly appeared in fog. The cantor driver turned the canter towards the bus to avoid the truck coming from the front. In the accident, the bus flew away and 10 passengers on the bus died. More than 20 passengers were injured.

After the information of the accident, Moradabad Police Administration officials reached the spot and sent them out of the damaged vehicles and sent them to Moradabad Morchery. The injured were sent by ambulance to the district hospital. The debris of both the truck and the bus is lying on the road after the accident. There have been many kilometers of jam on the highway.

Earlier, 3 people died in different road accidents in Moradabad. In the police station area, the bike rider was crushed by the dumper, in which the bike rider died. At the same place in the police station area, the elderly riding a bicycle was hit by an unknown vehicle. He also lost his life in the accident. Apart from this, the uncontrollable car collided with a tree in the Civil Lines area, in which the car rider died.