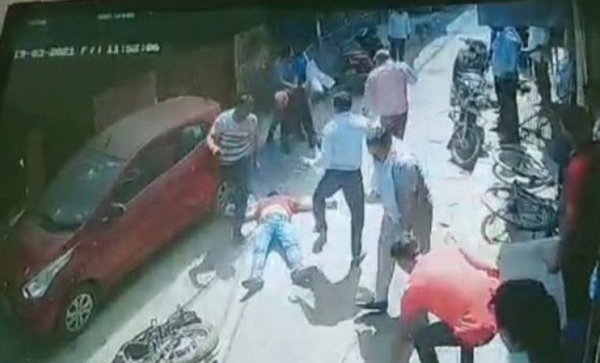 Chawla Colony resident Amit Virmani has said in a complaint to the police that he has a hotel in 100 foot road Chawla Colony. On Sunday, he and his brother were sitting in the Bharat Virmani Hotel. During this, Mahesh Goyal, who had contested the election of corporator, came there. They started arguing with India virulently. As the matter progressed, Goyal called his two brothers and 3-4 boys. All of them together gave something sharp to the head of Bharat Virmani. This caused him to fall to the ground. Then India took 40 thousand rupees from Virmani’s pocket and a gold chain from his neck. Seriously injured Bharat Virmani was admitted to the metro hospital.

On the other hand, Mahesh Goyal lodged an FIR against the complainant for uniting and assaulting him. Mahesh alleges that he has a money transaction with Amit Virmani. On requesting money, Amit Virmani and his brother Bharat Virmani beat him up.