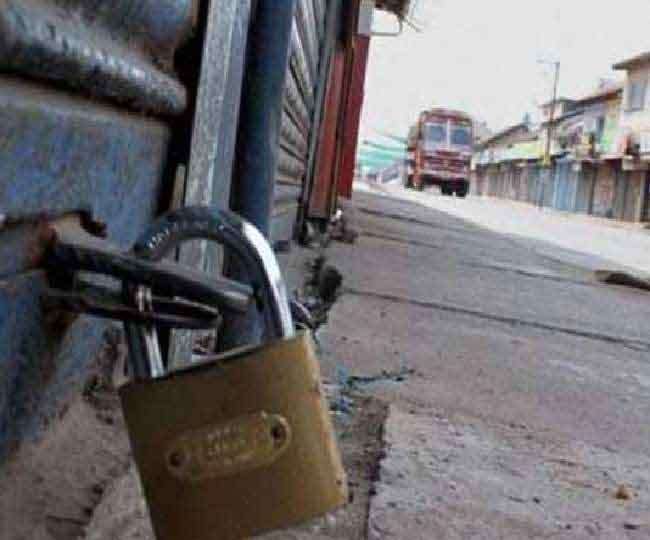 haryana Lockdown Extension: A week long lockdown in Haryana since May 3 ended at 5 am on Monday, but now the vigor will increase further. The Haryana government has extended the restrictions for a week, instead of a lockdown, calling it an epidemic alert-safe Haryana. Now a fresh restriction has been put in place till 17 May. This time there will be more strictness in lockdown.

Only 11 people will be able to attend the wedding ceremony and funeral. The wedding procession will not go, but the marriage program will have to be done in the house or court itself. Chief Secretary Vijayavardhan has issued written orders of epidemic alert-safe Haryana, which will be in force from Monday to May 17. In the first marriage ceremony, a maximum of 30 people were allowed to gather in indoor venues and a maximum of 50 people in open spaces.

Also Read : Jail break in Haryana: 13 infected prisoners who escaped from Kovid jail in Rewari, were punished in serious offenses; Shift was done after being positive

Along with this, there was a ban on gathering more than 20 people in the cremation ground. Now this number has been reduced to 11. Home Minister Anil Vij said that the week-long lockdown imposed by the government to deal with the challenge of Corona infection proved to be worthwhile. During this period, the government strengthened health services and provided adequate supplies to deal with the oxygen shortage.

During this time not only the infection was controlled, but also the recovery rate increased. In view of this situation, the government has decided to take a week more strictness, increasing the restrictions slightly. At the beginning of the lockdown, the recovery rate in the state on May 2 was 78.68 percent, which has now increased to 80.11 percent. It is a matter of relief that the number of those returning home after beating Corona has increased considerably. Talking about the positive rate, it was 6.89 percent on May 2, which has now increased slightly to 7.86 percent. However, the rate of infection has declined.

The lockdown period in Haryana was to end on Monday morning. On Sunday evening, the information about increasing the lockdown became very viral on the internet media. Taking cognizance of the viral information, Education Minister Kanwarpal Gurjar tweeted and put a stop to the rumors. He wrote in the tweet that there is no official announcement to increase the lockdown in Haryana, so avoid all rumors. Whatever information about the lockdown, orders will be issued by the government.

Entry only after thermal scanning in buses

Entry will be given only after thermal scanning in roadways buses. In the workshop, the buses will be fully sanitized and after that it will leave for the destination. Only 50 percent riders will be able to sit in buses. The driver-conductor will essentially keep the sanitizer with him. It will also be mandatory for everyone to wear a mask.