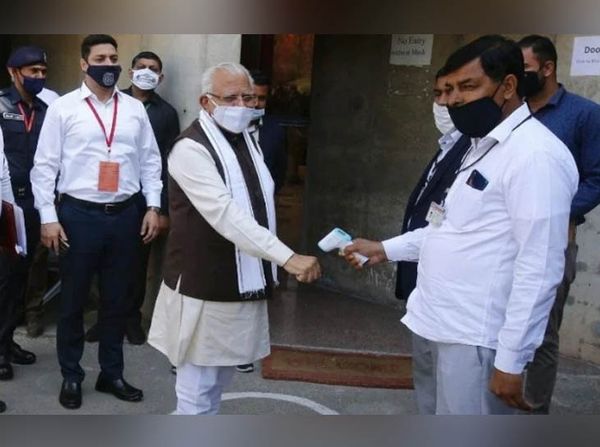 The budget session of Haryana Legislative Assembly has started. Governor Satyadev Narayan presented the government’s roadmap through Arya address. It was told that Rs 115 crore 18 lakh was given to the Deputy Commissioners of Bhiwani, Hisar, Mahendragarh, Nuh, Rewari, Rohtak, Sirsa and Charkhi Dadri to compensate the farmers whose crops have been damaged due to hailstorm during Rabi 2020. Huh. The government has increased the honorarium of Nambardar to Rs 3000 per month. Committed to the modernization of land records and for this the Digital India Land Records Modernization Program is being run.

The budget session of the Haryana Vidhan Sabha, which started today, will be for 12 days and in the meantime there will be a 5-day holiday. At the same time, the session is expected to be ruckus and there will be a situation of confrontation between the ruling party and the opposition. Former CM and Leader of Opposition Bhupendra Singh Hooda is bringing this no-confidence motion in support of the farmers and opposition to the three agricultural laws. According to the rules, if 18 MLAs bring this proposal together, then the Speaker of the Legislative Assembly will have to accept it and decide the time for discussion and voting. This will have to be given in writing to the Leader of Opposition and the legislators who put the proposal in the House.

On the other hand, the pair of Chief Minister Manohar Lal and Deputy Chief Minister Dushyant Chautala are all set to respond to Hooda’s arrows. The BJP-JJP alliance is claiming readiness to drop Hooda’s motion of no confidence, but the issue is expected to be fiercely debated.

Many issues snatched from the hands of the opposition

Even before the start of the budget session, Chief Minister Manohar Lal and Deputy Chief Minister Dushyant Chautala have taken away many big issues from the hands of the opposition. To study the report of the committees investigating the guarantee of 75 per cent employment to the youth of Haryana in private sector jobs, starting a fresh process of disputed recruitments in court, sale of illicit liquor and deaths from poisonous liquor. The constitution of the committee under the leadership of Chief Secretary Vijayavardhan is such issues, which the coalition government has already resolved.