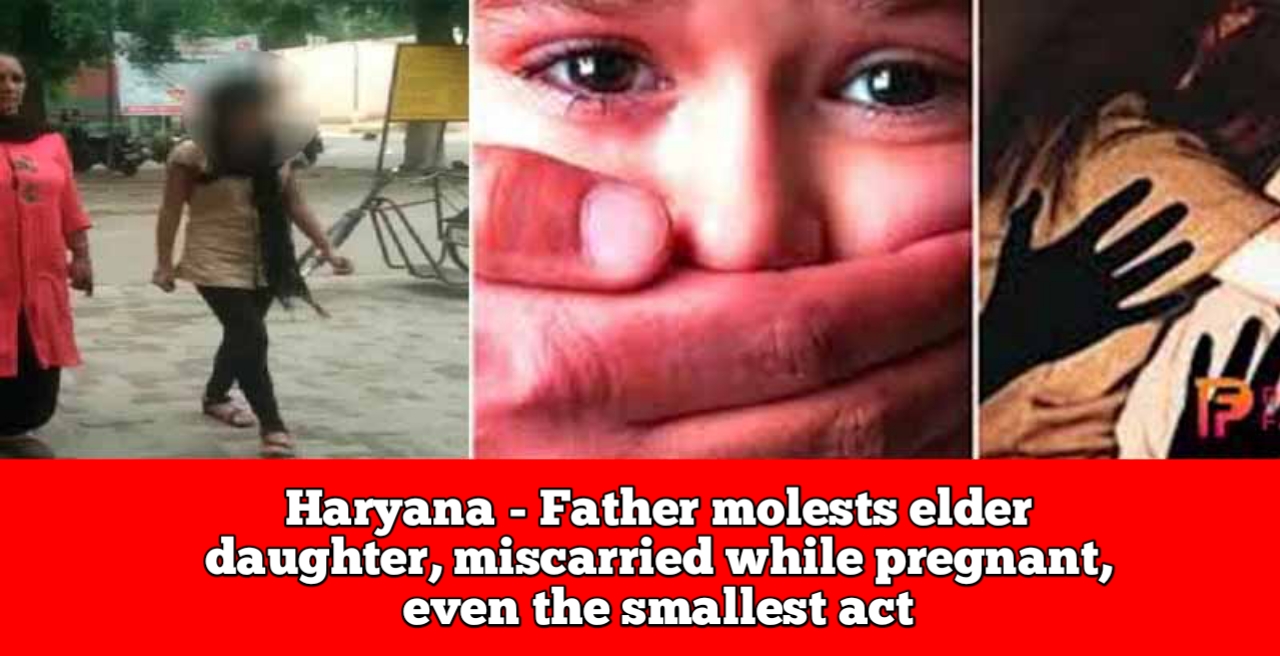 Hisar – It is said that the father is the protector of his daughter. Because the daughter is the father’s sweetheart, is self-respecting, but in Hisar, Haryana, a Kalyugi father only tainted the sacred relationship of the father-daughter. Here the proud father did a shameful act with his two daughters.

The surviving father had been making his elder daughter a victim of lust for five-seven years, she had become pregnant about 2-3 months ago. After getting diagnosed, she got an abortion. He complained to the police, after which the police registered the case and arrested the accused father.

In the complaint to the police, the victim told that she is 17 and half years old. Father was molesting and raping me for about five-seven years. He was threatening to kill himself and beat him daily.

He used to say that he should not tell anyone anything. She got pregnant about 2-3 months ago from this dirty act of the father. On discovering this, the accused father fed him medicine which led to miscarriage.

Troubled by this father’s act, she went to the home of her married elder sister. Returned from there on January 13 with brother-in-law and sister. The father was beaten badly for leaving home. During that time I was very nervous. You did not tell your sister-in-law, sister and mother. Now the father was eyeing the younger sister.

They molested him. She was not silent on seeing this. Told his mother about his father’s health. After which the mother took the woman to the police station with her and complained.