Other leaders and activists of the party in a bid to pacify former ministers Katan Ajay Yadav and Sukhbir Kataria, who were debated for handing over the memorandum during the protest against the lathicharge of Rohtak in Gurugram. 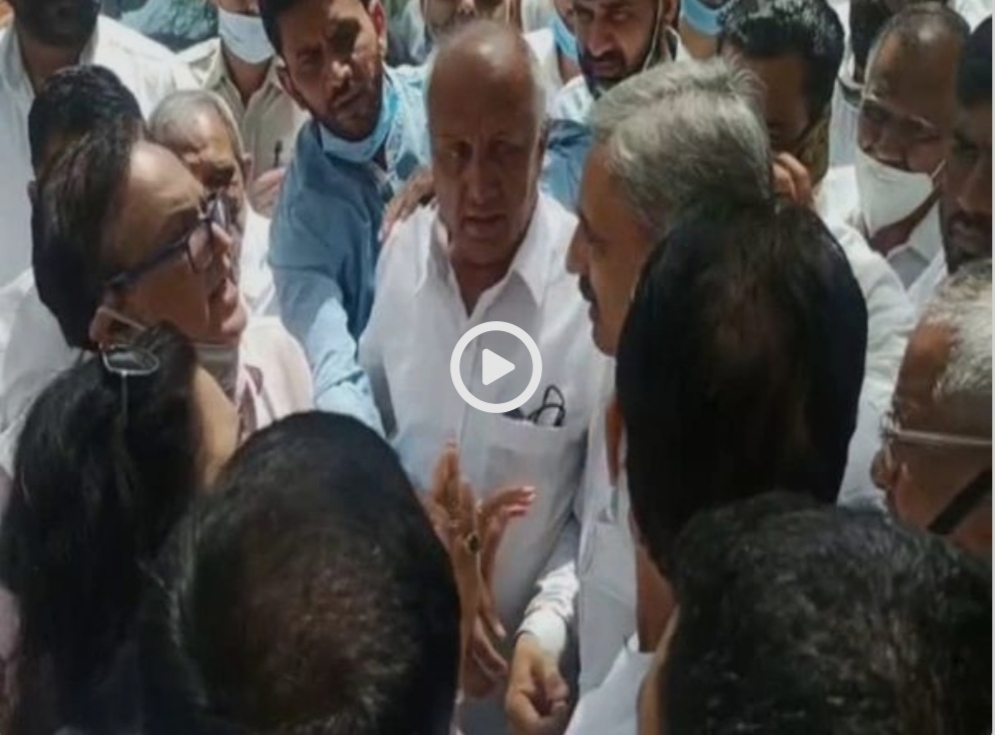 There are frequent factionalism incidents in the Haryana Congress. Just a few days ago, Dr. Ashok Tanwar, who was removed from the post of the party’s president, has formed his own party, on Wednesday, a new episode has surfaced again. Today, many senior soldiers of Rahul Brigade gathered to curse the leadership of the Bharatiya Janata Party in Gurugram, they came upon each other. The war of words between Capt Ajay Yadav, the Congress’s North Haryana Captain and former Minister Sukhbir Kataria, has also been captured in the camera.

In fact, on Wednesday, the Congressmen in Gurugram were protesting against the lathi charge on the farmers during Chief Minister Manohar Lal’s program in Rohtak. During this time, there was an argument between former minister Captain Ajay Yadav and former minister Sukhbir Kataria. It is being told that the two leaders had a quarrel over handing over the memorandum. Captain Ajay Yadav had said that all the workers would meet in the Congress office before going to the Secretariat, but Sukhbir Kataria reached the Secretariat without agreeing to the Captain. The Captain became furious on this matter.

On this, Captain Ajay Yadav asked Sukhbir Kataria that how many years have you been in the party? Sukhbir said that he has turned 27. To this, the Captain said that he has been in politics for 40 years. After this, both former ministers of Congress started fighting publicly in front of the workers. Other leaders handled the matter with great difficulty. The video of this development is becoming viral on social media and people, especially the leaders and activists of the opposing parties, are taking a lot of pinch.

The halt of Haryana Congress is not new

By the way, this faction in the Congress is not the case today. Captain Ajay Yadav, Bhupendra Singh Hooda, Randeep Surjewala have their own factions under the Congress leadership of the state for years. All of them carry their own melody with their own fruits. One of these factions also belonged to Dr. Ashok Tanwar, the powerful leader of Sirsa. Despite being the party’s state president, he has been accused of attacking Hooda many times. As a result, just a few days ago, Tanwar announced his separate party from Delhi.