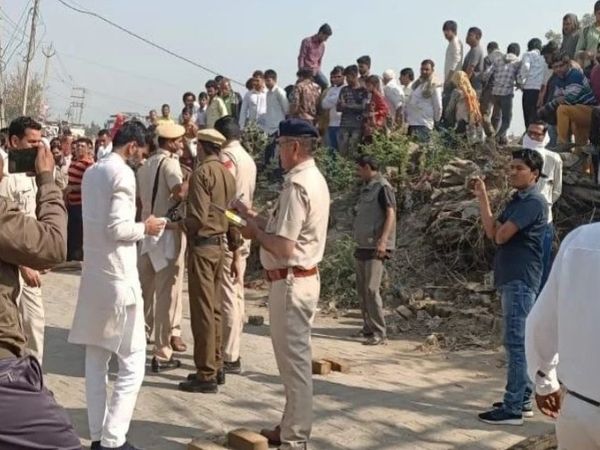 Two students were murdered in broad daylight in Gohana town of Sonipat district of Haryana on Thursday morning. Both students were shot. One died on the spot, while the other died while undergoing treatment in the hospital. Police have registered a case of murder by capturing the dead bodies. Statements of family members are being recorded.

It is being told that the incident was carried out under the rage. The deceased have been identified as Rohit, a resident of village Rabhada and Sahil, a resident of SP Majra. Both were students of Polytechnic Institute in Gohana. On Thursday morning, when they reached Gohana to go to the institute, the attackers fired on them after the drain number 8.

In this firing, Rohtak got about 5 bullets and he was killed on the spot. Sahil was hit by about three bullets, which the police rushed to the hospital. But he could not be saved. After committing the attack, the attackers fled from the spot. People reported the incident to the police and the police informed the family members of the deceased.

ASP Nikita Khattar told that CCTV cameras installed at the scene are being searched. The attackers were on a bike and the entire incident has been captured in CCTV. Police action continues, soon the accused will be behind bars. Efforts are being made to find out the reason behind the rivalry by talking to family members.