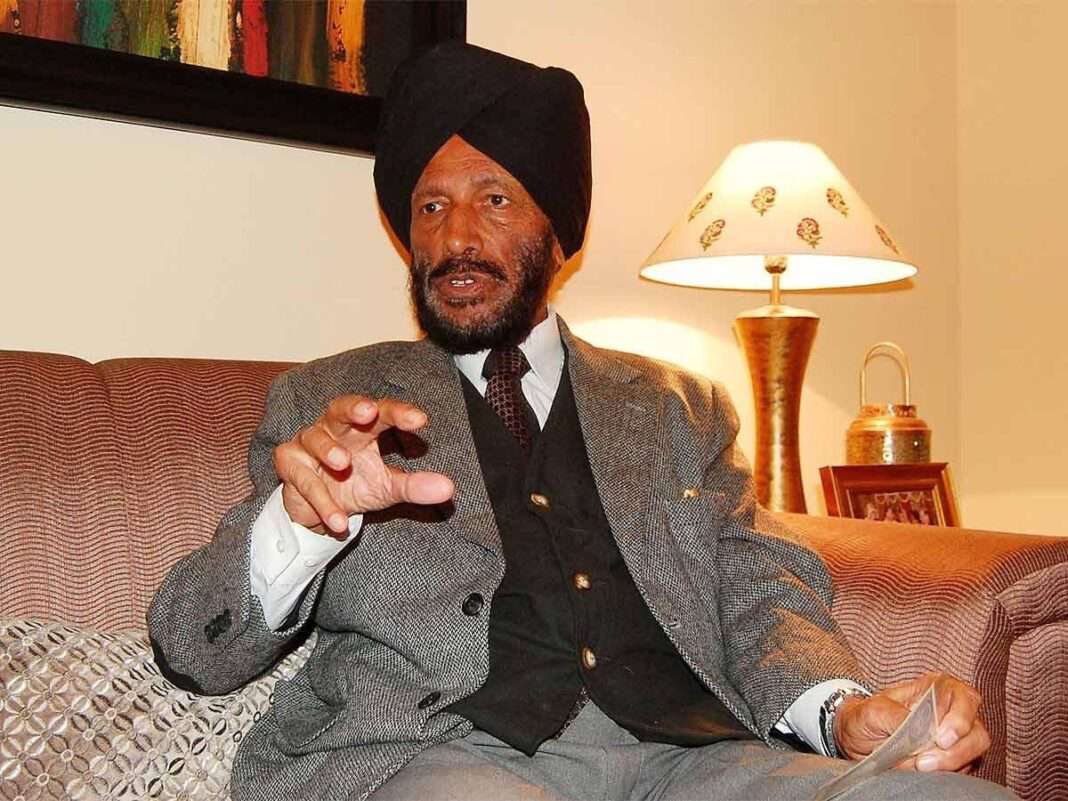 Chandigarh l The country’s great sprinter Milkha Singh passed away at the age of 91 late on Friday night. This information was given by the spokesperson of the family to PTI. A spokesperson of Milkha’s family said that Milkha Singh breathed his last at 11.30 pm. The 1958 Commonwealth Games champion and 1960 Olympian Milkha Singh breathed his last at the PGI Hospital in Chandigarh. Giving information about his health, the PGIMER hospital had said that his condition had become critical on Friday evening due to complications arising out of COVID-19. His oxygen level was low and he had fever.
Milkha Singh, who was infected with Kovid-19 last month, tested negative on Wednesday after which he was shifted from the Kovid ICU to the general ICU and a team of doctors was monitoring his health. On Thursday night, he developed fever and his oxygen level had dropped. Although before that his condition was stable. He had got Kovid-19 infection last month. His wife Nirmal Kaur died on Sunday at a private hospital in Mohali while battling the Kovid-19 infection.
Milkha, a four-time Asian Games gold medalist, also won a gold medal at the 1958 Commonwealth Games. His best performance was at the 1960 Rome Olympics in which he finished fourth in the 400 m final. He also represented India in the 1956 and 1964 Olympics. He was awarded the Padma Shri in 1959.