On Thursday, on the 85th day of agitation against agricultural laws, the farmers staged a demonstration by stopping trains from 12 noon to 4 pm across the country. Its greater impact was seen in Punjab and Haryana. The movement of many trains in these two states was affected. Demonstrations were held in 6 districts including Jaipur in Rajasthan. 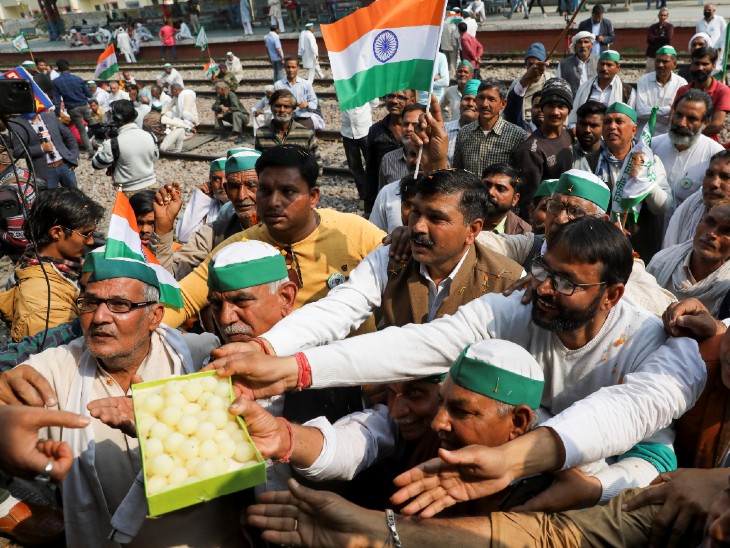 Where is the impact of rail stop performance?

Rajasthan: The protesters stopped the train at Gandhinagar station in Jaipur. There was also a demonstration at Jagatpura station. The agitators sat on the agitating tracks at Chaumun railway station in Jaipur district. Meanwhile, trains were also stopped in Alwar. The impact of rail roko performance was seen in 6 districts of the state.

Haryana: Train movement stopped on the track under the bridge near TDI City in Panipat. There the farmers sat on the track. The Bandra-Amritsar Paschim Express, which arrived at around 12.45 pm, was stopped by protesters. And earlier the Bathinda Express was delayed by one and a half hours and stayed just 2 minutes to pick up passengers. There were protests in about 80 places in Haryana.

Uttar Pradesh: Ghaziabad, Modinagar and Hapur saw more impact. Farmers sat on railway tracks at all three places. The police appealed to them for a peaceful protest, while the farmers also showed Gandhigiri at Modi Nagar railway station. He offered sweets to the policemen and showered flowers on them. 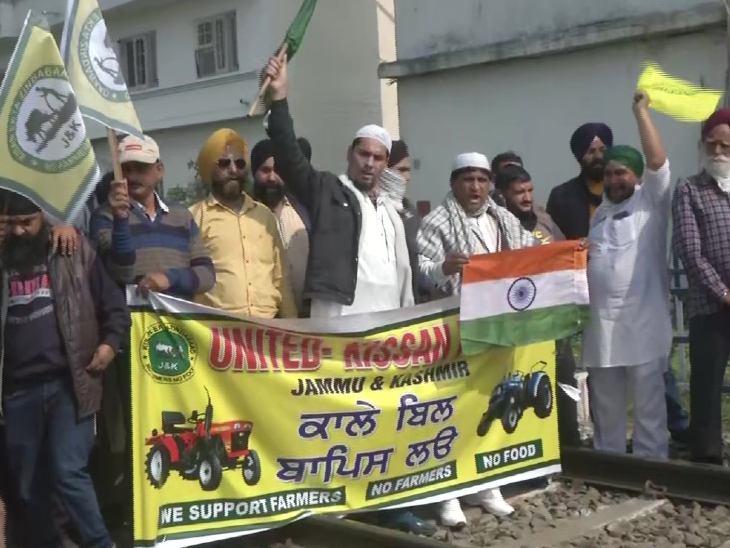 Bihar: Political parties also participated in the demonstration of farmers. In Patna, activists of Jan Adhikar Party (Democratic) started stopping the train half an hour before the scheduled time (12 noon). And some activists lay on track with the police taking them into custody. On the other hand, in Ranchi also, the people who blocked the railway track were taken into custody by the police.

In Delhi, protesters blocked the track near Motinagar. At the same time, metro management was also alert given the performance of the farmers. As a precaution, Tikri Border Metro Station, Pandit Shriram Sharma, Bahadurgarh City and Brigadier Hoshiar Singh Metro Station were closed.

In view of the announcement of the farmers to stop the rail, 20 additional companies of the Railway Protection Special Forces (RPSF) were deployed around the country i.e. about 20 thousand additional personnel. Most of them were deployed in Punjab, Haryana, Uttar Pradesh and West Bengal.

Farmer leader said – no return home before return of law

Farmers are insistent that the government withdraw all three agricultural laws. Bharatiya Kisan Union (Haryana) President Gurnam Singh Chanduni has once again stated that his organization is fighting for the interests of farmers and they will not return to their homes till the return of new agricultural laws. And Chanduni said that through programs like Panchayat and Mahapanchayat across the country, people will be told that the central government is not of the common people but of corporates.