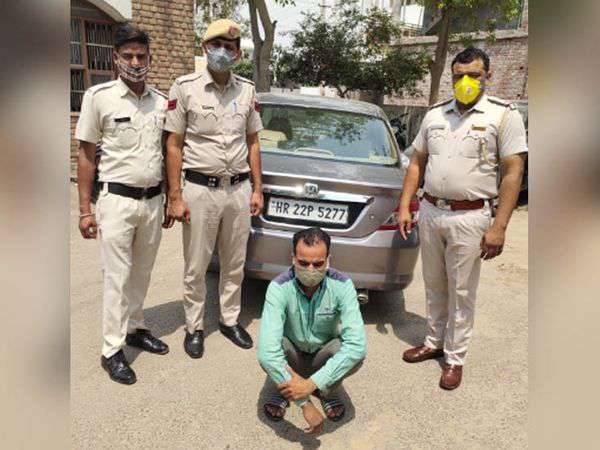 A young man caught with a consignment of opium was arrested by the police in Sirsa.

In Sirsa, a case of apprehending a young man with a large batch of drugs has come up on Thursday. It is being told that the police, while doing duty of Corona Safety Protocol, stopped the car for checking at the barrier. In search of 5 kg 40 grams of opium found in the car, the police immediately overpowered a young man riding in it. After this, on the basis of the revelations made by him, the police have found out 2 more of his associates.

Superintendent of Police Bhupendra Singh said that a team led by Sub Inspector Datram, in-charge of Anti Narcotics Cell, was blocking the T-Point of Sector-20 in the duty of Kovid-19 Safety Protocol. Searching in the presence of BDPO Ravi Bagdi after stopping the car coming from the city of Sirsa on suspicion, 5 kg 40 grams of opium was recovered from it. The police immediately arrested him.

The captured youth has been identified as Ganesh Vihar Sector 19 Sirsa, resident of Krishna Kumar, son of Om Kumar Prakash. The names of two people were revealed during the interrogation. A case has been registered against them under the NDPS Act in the police station and started their search. Superintendent of Police Bhupendra Singh says that along with finding the accomplices, the arrested youth will also be produced in the court and taken on remand. Hopefully, this network of smuggling will soon break out.