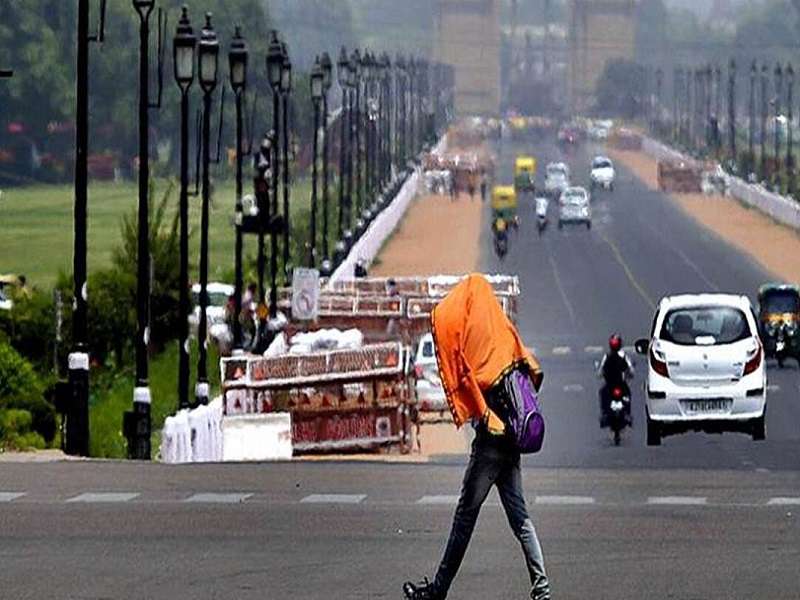 Delhi Weather: The changing weather patterns in the country have not yet been kind to Delhi. The people of Delhi, who are suffering from the heat and heat, may have to wait longer. After a light drizzle in the last days, once again the heat has increased a lot. The chances of rain in the capital Delhi by the Meteorological Department are still far away. According to the department, the people of Delhi will have to face severe heat for the coming 3 days. With the onset of every morning, this temperature is gradually increasing. Even in the morning it has become difficult for people to leave the house.

The Meteorological Department says that the mercury of Delhi can take even more formidable form. This means that people in Delhi may be suffering even more due to the heat right now. If we talk about relief, then only after July 8, there can be some relief. Regarding the temperature, the Meteorological Department believes that after the rains, the maximum and minimum temperatures of Delhi may drop by 3 to 4 degrees. Let us inform that on Sunday, the maximum temperature of 39.8 degrees was recorded in Delhi, 3 degrees above the normal temperature. In some parts of Delhi, the mercury has also been measured beyond 40 degrees.
The people of Delhi, who are suffering from scorching heat and hot winds, are eagerly waiting for the rain so that there is some relief. Adding to the dismay of the people, the temperature in Najafgarh was recorded at 40.7 degree Celsius, in Jafarpur 40.1 degree Celsius on Sunday. Not only this, according to IMD’s Senior Scientist RK Genmani, there is a possibility of increase in mercury even after light rain in Delhi. There is no possibility of monsoon coming in Delhi before 7 to 8 July.