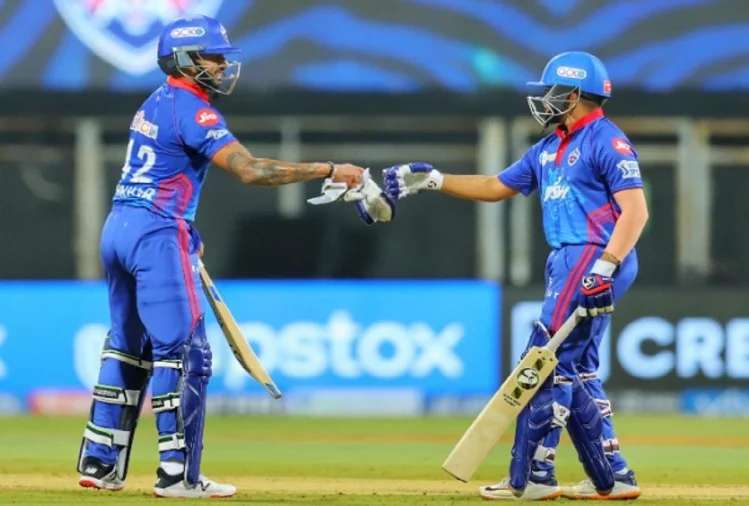 The fiery innings of Delhi’s aggressive opener Prithvi Shaw (82 runs, 41 balls, 11 fours, three sixes) defeated Kolkata Knight Riders by seven wickets with 21 balls to spare in the IPL match here. Delhi had a target of 155 runs, which the team achieved by scoring 156 runs for three wickets in 16.3 overs.

Delhi came second in the points table with a fifth win in seven matches. Kolkata lost for the 5th time in seven matches. With this innings, Prithvi has also come in third place in the list of batsmen who have scored the most runs this season.

Six fours in the first over

Delhi had scored 67 runs in six overs of the powerplay without losing wickets. Delhi had scored 104 runs in 11 overs without losing wickets. Shikhar Dhawan missed out on his half-century by just four runs. Cummins dismissed him LBW. Captain Rishabh Pant also showed aggressive style in order to improve the net runrate and hit consecutive fours and sixes in the famous Krishna over. Cummins dismissed Prithvi and Pant in the 16th over. Four runs were required when Pant was out and Stoinis completed the winning formality.

Russell shines on her birthday

Earlier, the top-order performance remains a weak link for Kolkata Knight Riders. Barring Shubman Gill’s 43 against Delhi, the batsmen once again disappointed. On his 33rd birthday, Andre Russell played an unbeaten innings of 45 runs in 27 balls in the lower order, which enabled the team to score 154 runs for six wickets. Russell hit two fours and four sixes in his innings. Andre Russell had his 33rd birthday on Thursday and he also completed 6 thousand runs in T20.

In the Powerplay, the team scored 45 runs for one wicket. Nitish Rana (15) was stumped by Akshar Patel (2/32) in the fourth over. Captain Eoin Morgan and Sunil Narayan returned to the pavilion without opening an account in the span of three balls. Lalit Yadav (2/13), who came into the team in place of injured Amit Mishra, took both wickets in his bag. The score which was 69 for one wicket in the tenth over was reduced to 75 for 4 wickets in the 11th over.

14 balls have hit the fastest half-century in the IPL, which was made by Lokesh Rahul of Punjab in 2016 against Delhi.

Prithvi played an innings of 82 runs off 41 balls which included 11 fours and three sixes.

132 runs partnership between Prithvi and Shikhar Dhawan on first wicket