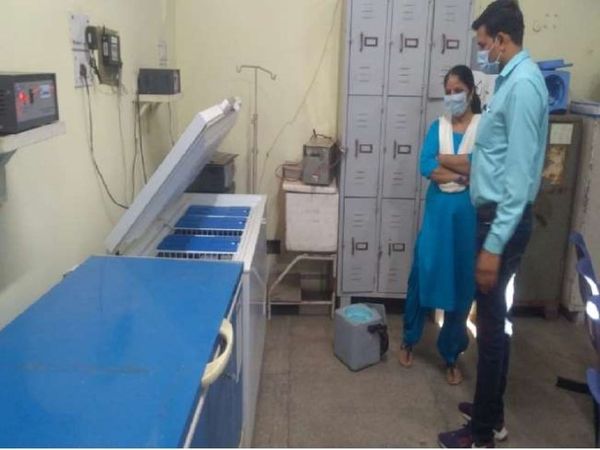 The theft case was discovered in the morning when Jind’s health inspector Rammehar Verma reached the center.

After Jaipur, now the case of corona vaccine theft has also come up in Jind, Haryana. 1710 doses of the vaccine have been stolen by breaking the lock of the PP center. Apart from this, some files have also been stolen, while the cash of 50,000 kept with them was not even handed over.

The case came to light in the morning when Jind’s health inspector Rammehar Verma reached the center. They notice that the lock is broken and the vaccine dose is also missing from the locker. The thieves have taken a dose of 1270 Kovshield and 440 Kovaxin. The top officials have been informed of the theft.

It is feared that the vaccine has been stolen for black marketing due to increasing cases of corona. Let me tell you that the corona vaccine is the main center of the government hospital in Jind. At the same time, there is a PP center in the campus. In which the dose of Kovishield and Kovaxin was kept.

147 people killed in 168 hours, 40 thousand cases in the state in a week Click Here To Read

On Wednesday, 4 people were arrested in Ambala, including 24 packets of Remadecivir. Police is also looking at this by linking it to black marketing. His people did not have any bills nor any reports. In view of this, the administration has also increased the safety of oxygen cylinders.