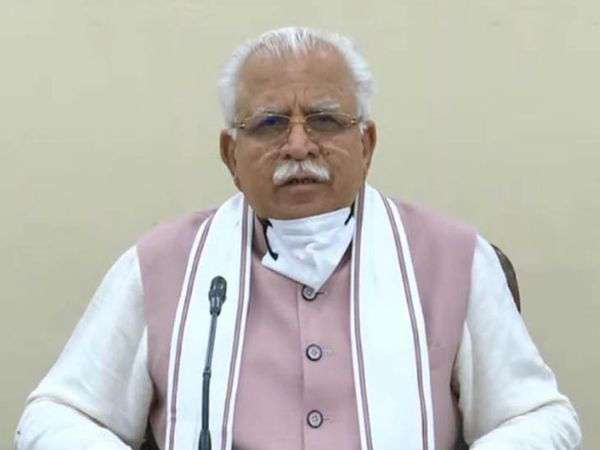 The lockdown in Haryana since May 3 has been extended once again. The lockdown will continue in the state till May 24. This information was given by Chief Minister Manohar Lal in Panipat. After this, State Home and Health Minister Anil Vij has also given information about raising epidemic alerts through social media. He wrote that this time there will be more strictness in lockdown.

In Panipat, Chief Minister Manohar Lal said that the second wave of Corona started from March. There were also 16 thousand daily cases. Five times cases increased from last time. This wave was not thought of as such. Since there was previous experience. The hospitals took up their front with full force. The biggest difficulty we faced was oxygen supply. Then the idea came that wherever there is a production of oxygen gas, we can avoid this crisis by creating a hospital there. All departments together completed this project in just twenty days. The Bal Jatan panchayat provided space very quickly. The same panchayat handed over ten and a half crores to the Corona Relief Fund last year. This time also gave one and a half crores.

Manohar Lal said that we used to hear in China that a hospital was built there so soon. We did it here too. There is an increase of 1400 beds in a single day. Now there will be 19 thousand beds in Haryana. Their number will increase. Social institutions have come forward. Will improve the government system. 45 thousand beds are being arranged for isolation ward. Hopefully, this second wave is now subsiding. However, now the third wave is being talked about. Whether they come or not, they cannot say anything. If something untoward happens, we will prepare beforehand.

60 cases of black fungus in Haryana

CM Manoharlal said, Black fungus cases have started increasing. There have been 60 cases in Haryana. Wards have been prepared in four medical colleges for the treatment of black fungus. These include Agroha Medical College Hisar, Kalpana Chawla Medical College Karnal, PGI Rohtak and Gurugram Center.

At the same time, Anil Vij said that we are demanding from the central government that the amount of oxygen should be increased further for Haryana. The quota of oxygen has increased under the efficient leadership of the Chief Minister. If we need to increase more beds, increase hospitals, more oxygen will be needed. For this, the central government is in contact. On Sunday, Union Minister of Petroleum Minister Dharmendra Pradhan, Chief Minister Manohar Lal, Home Minister Anil Vij visited Guru Tegh Bahadur Sanjivani Kovid Hospital, built at a cost of more than 18 crores on the Panchayati land of village Bal Jatan of Panipat.