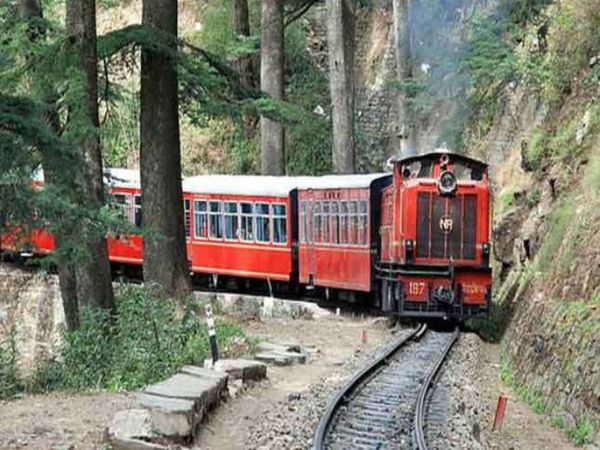 The number of tourists traveling in a toy train has been reduced from 15 to 20.

Now people will not be able to enjoy the journey of traveling in Troy train for some time, because Corona has been killed on this too. The Himdarshan toy train has been discontinued until further orders when the railways run on the Etihasik Kalka-Shimla track. 6 months ago, the train ran after 8 months, but now stopped again. The reason for this is being said to be a low number of tourists.

For the past few days, the number of tourists traveling in a toy train has dropped by about 75 percent. The number of tourists has been reduced from 15 to 20. Hence the operation of the train had to be stopped. Now only 3 toy trains and one railcar will run on the track. For the first time in the history of the 118-year-old Kalka Shimla railway track, last year, the occasion came when all trains were stopped.

Somehow, on 21 October last year, the department started a toy train service for Shimla. But now the situation has come back again. If the Corona cases continue to rise in this way, then all trains may have to stop operations once again.