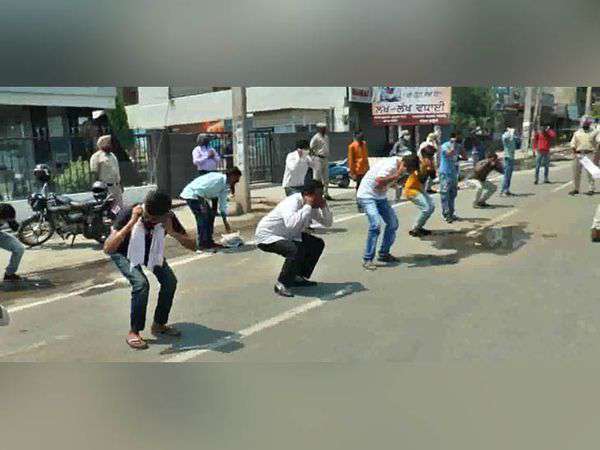 The police of Sadar police station in Ambala got a sit-in meeting with the needless wanderers.

In the fear of Corona epidemic, Haryana has been under lockdown for the last several days, but people are not understanding. Like the first day of the lockdown, on Friday, the police again got hold of the wanderers unnecessarily and got them to sit up. Also invoiced and left warning.

Police station in-charge of Ambala Cantt, Vijay Kumar said that the state government has announced a 7-day lockdown to break the chain of rising cases of Corona. Even after this, if the people were not ready to stay in the houses, orders were given to the police to take strict action. Even now people are making excuses out of their homes.

On Friday, the Ambala police gave a unique punishment to convince the people to have a sit-in meeting with them. On getting out of the house, he explained that he also has a family, so people should do so thoughtfully. The police officer said that people have been explained today, but further action will also be taken. People have to understand some responsibility, so that this epidemic can be prevented from growing.

The heat of Panipat: scorching sun after the rain and rain, the weather will turn from the afternoon; Maximum temperature increased by 2 degrees, expect relief in the evening 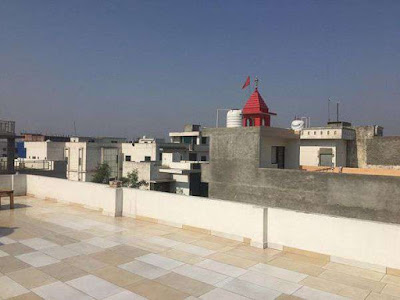 After the thunderstorm and rain in Panipat, the scorching sun on Friday morning disturbed the people. The heat increased by the calm of the winds. The maximum temperature has increased by two degrees Celsius on Friday as compared to Thursday. The Meteorological Department has forecast rains with strong winds later in the afternoon. The maximum temperature will be 32 degrees Celsius on Friday.

Due to the cyclone of winds over Rajasthan, there has been a change in the weather of Panipat for the past several days. Before noon on Thursday, the first dust storm and then intermittent rain for about one and a half hours brought relief to the people from the sultry heat. Suryadev appeared at its peak since Friday morning. The scorching sun made the sensation of stinging heat. People felt humid as the winds calmed down. The Meteorological Department has forecast the weather to change from Friday afternoon also. It may rain later in the afternoon with strong wind and thunder. Due to which the temperature drops, people are expected to get heat relief.

The weather will be variable till 12 May

Meteorologist Dr. Madan Dhangad told that due to the arrival of western disturbance, there has been a cyclone of Rajasthan winds. For this reason, the weather is changing again and again. The impact of the Western Disturbance and Cyclone is expected to last till May 12. Due to which there can be strong wind and rain. This will cause a drop in temperature. 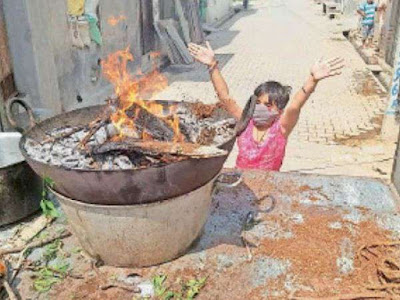 1. 70 cases were found in Titoli, 30 cases in Balambha, 20 cases in Kalanaur and Kahnaur.
2. CM said – special screening camps will be set up in villages
In the second wave of corona, 2955 corona-infected cases have been reported in the last eight days. Of these, 1793 people have been found corona infected in urban areas and 1176 in rural areas. In this, 70 cases have been found in Titouli village, 30 in Kharkada, Balambha and Khedi Meham villages, 24 in Chidi village, more than 20 cases in Kalanaur and Kahnaur. Here, the CM said that special screening camps will be set up in the villages.
Three more villagers died in Titoli village on Thursday. The death from Corona has not been confirmed by the Health Department. Swami Dixendra Arya told that all the three patients had fever. The death toll has now reached 35 in the village. On behalf of doctors appointed at the CHC and PHC level of the district, almost every third-fourth house in the villages has claimed fever, cough, cold.
Doctors say that from the youth to the elderly in the rural, they believe that they will be cured with indigenous treatment. This worsens health. CM Manohar Lal said on Thursday that the virus is spreading in rural areas, so health check camps will be set up in every village so that the infection can catch up soon. He has said to increase testing. Through these camps, DCs should ensure that every member of about 60 lakh families of Haryana can be tracked. Public representatives should be involved in this.

In the morning and evening the trolleys are rotated in the streets of the village Titoli, the villagers pour in the ayurvedic medicines

Wish to remain healthy: In the streets of village Titouli, the trolley is rotated by Swami Indravesh Ashram and Arya Samaj Center from 6 to 10 am everyday and from 5 to 8 pm in the evening. Villagers offer sacrifices in this yagna to a variety of Ayurvedic medicines including Giloy, Tulsi, Chirayata, camphor, frankincense, mace, nutmeg, neem. On Thursday, villagers and police personnel offered prayers in Havan on the wish to remain healthy.

Average population of Dobh village is 3 thousand, not conducting investigation

Case 1: Dobh village has an average population of three thousand. So far, 10 corona-infected patients have been found here. Rural Kuldeep said that in every third house in the village, one member is suffering from fever, cold and cough. Patients are not undergoing corona tests. If testing is done in the village on time, then many patients can be identified. Due to the lock-down, people in the village are living mostly in homes.

Case 2: Khed Maham, Balambha and Kharkada villages fall under the Balambha PHC of Maham. The average population of these three villages is around 28 thousand. More than 30 corona cases have been found here in a span of one week. PHC official Dr. Nitin says that there are fever, cough and cold patients in all three villages. But he is not coming forward to do the corona sample test. By sending the team, people are being made aware from house to house to get vaccinated to a healthy person.

CM Manohar Lal said that all the Deputy Commissioners will now have to play an important role in prevention of this epidemic and Kovid-19 management preparations such as increasing testing facility, focusing more on clinical management as well as public awareness activities especially Will have to be increased in rural areas.
The CM on Thursday held a review meeting of the status of Corona with the Administrative Secretaries and District Deputy Commissioners posted as District Incharge to oversee the preparations for Kovid-19 through VC. The CM said that the virus is spreading in rural areas, so health check camps will be set up in every village so that if anyone has symptoms of Kovid-19, they can be caught as soon as possible.
Through these camps, DCs should ensure that every member of about 60 lakh families of Haryana can be tracked. The CM said that the Deputy Commissioner should ensure that the unloading of the oxygen tanker is done as soon as possible so that oxygen supply to the hospitals remains intact. Various social organizations will also be registered on the portal to supply oxygen to the home isolation patients.