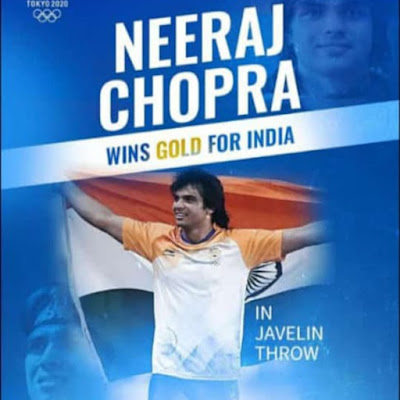 Neeraj was considered a strong medal contender even before the Olympics and the 23-year-old had lived up to the expectations and made it to the finals by throwing 86.59m javelin in his first attempt in the qualification round. In the final, he threw 87.03m in his first attempt and was leading from the start.

In the third attempt, he could only throw 76.79 meters while in the fourth attempt he was fouled. He threw 84.24 meters in the sixth attempt but before that his gold medal was confirmed. India participated in athletics for the first time at the Antwerp Olympics but since then till Rio 2016, none of its athletes had won a medal. The veterans Milkha Singh and PT Usha had missed by a small margin in 1960 and 1984 respectively.