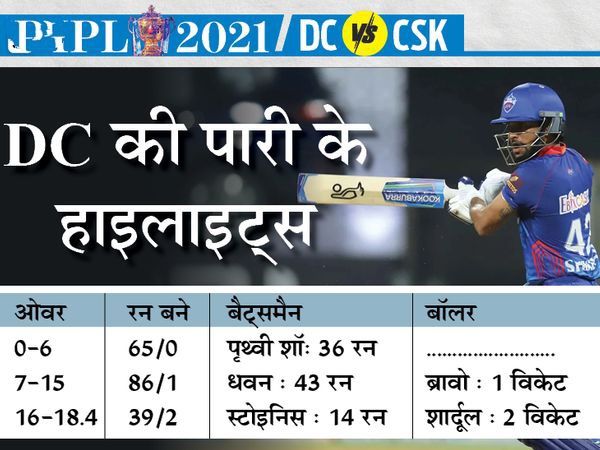 In the second match of the Indian Premier League (IPL-2021), Delhi Capitals defeated Chennai Super Kings by seven wickets. It was expected that there would be a close fight between the teams of Guru (MS Dhoni) and Chela (Rishabh Pant), but the match was unilateral. Playing more dot balls, fast bowlers’ lack of pace and dew were many factors that wrote the script for the Chennai debacle. Let us know all the factories one by one. 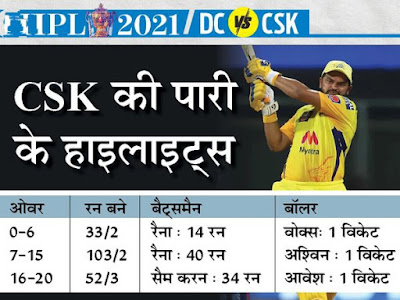 Chennai team started to bat first in the match, it was a very bad start. The team’s two wickets fell at a score of just 7 runs. Due to this, Chennai’s innings could not achieve Momentum in the first 10 overs of the innings. Due to the poor start, the batsmen who played later played more dot balls. The Chennai batsmen played 46 dot balls on a batting paradise-like pitch. Due to this, the team could not reach the score of 210-220.

4. The batsmen who were set could not play big innings

Three of Chennai’s top-5 batsmen played more than 15 balls. Moin Ali faced 24, Suresh Raina 36 and Ambati Rayudu faced 16 balls, but none of the batsmen played 75+ runs. Chennai team could not make huge scores due to wickets falling at regular intervals. 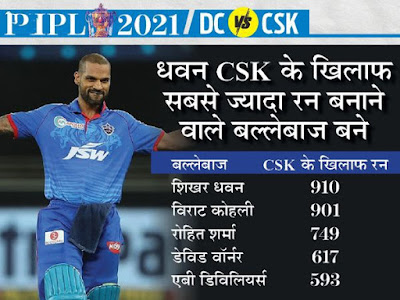 Sam Karan’s innings of 34 off 15 balls helped Chennai team to 188 runs, but after that the scores fell considerably in the storm of Delhi opener Prithvi Shaw and Shikhar Dhawan. Shaw scored 72 runs off 38 balls. At the same time, Dhawan hit an innings of 85 runs off 54 balls. By the time these two were out, Delhi’s victory was almost decided.

On the Wankhede flat the pitch usually requires such fast bowlers to throw the ball at a speed of 140 km / h. Chennai mostly had fast bowlers whose speed was around 125-130 km / h. Due to the low speed, they became less effective and this made the way to Delhi easier. 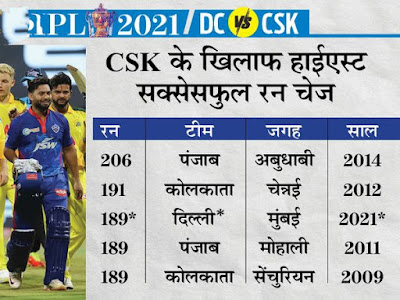 Chennai had to bat first due to losing the toss. The batting became very easy in the second innings as dew fell at night. With this, spinners like Ravindra Jadeja and Moin Ali could not leave the impact. Jadeja gave 16 in 2 overs and Ali gave 33 runs in 3 overs. Both could not take wickets.